Hey, Monster Prom Is Getting a Free Beach DLC

I Wasn’t Sure If Monsters Liked the Beach

Beautiful Glitch is back with some more Monster Prom, the soulless and sarcastic dating sim. The indie developer has returned with a new DLC, and it’s completely free. Complimentary content comes in the form of the F*ckin’ Hot update, which seems like an appropriate moniker for Summer. 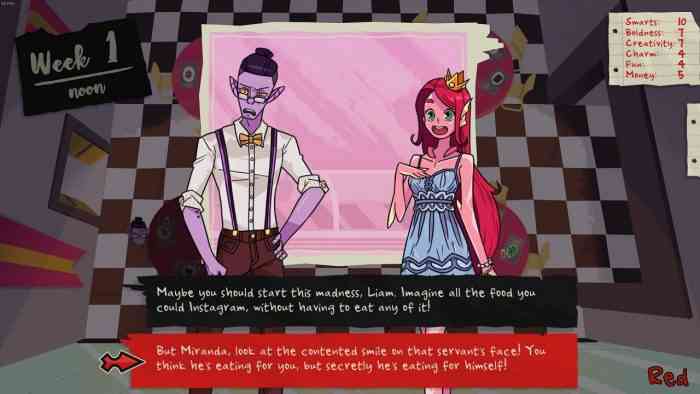 It all started with the image of a sun that looks like it came straight out of Mario Bros. 3, and it turned Twitter hot with speculation. In the end, the tease heralded a new DLC where you and a bunch of other maniacal teenagers terrorize the beach. Likewise, the beach terrorizes you. F*ckin’ Hot DLC comes with the new setting,  seasonal outfits for you and other characters, a secret ending with demon love interest Damien, new Steam cards, graphical modifications, a photo gallery, and probably more.

The point is, if you own Monster Prom, you have a no-cost reason to jump back in. If you don’t own the dating sim, then you can take advantage of the 15% discount on Steam that is available now. Yes, I gave the game above average score in COGconnected’s review; but when Beautiful Glitch is offering free content for an experience that’s addicting, exciting, and replayable, you can’t really go wrong. Now’s as good a time as any to double down on demonic romance.

We’ve got this secret that’s burning a hole in our hearts. It’s gonna be f*ckin’ hot! pic.twitter.com/u6iZcZONvo