Fans Have Made a Zelda: Breath of the Wild Cookbook With Real Recipes

Sometimes you have to step back for a moment and recognize the work created by hardcore Nintendo fans, specifically those who love The Legend of Zelda: Breath of the Wild. 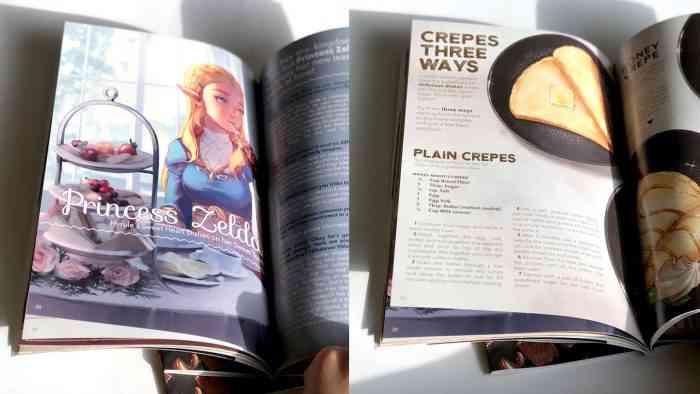 Over on Etsy is the option to purchase HYRULE: Taste of the Wild, an unofficial mock cooking magazine/artbook — or a “fanzine” as its described — that features over 12 real-life recipes “written by real chefs and illustrated by a group of talented artists.” Judging from the screenshots, there are recipes for plain crepes, fish pies, creamy heart soup, meaty skewers, and more.

The recipes are written by Bryan Connor from Lv1. Chef and Diana Ault from FictionFood. The artists contributing to the cookbook are Shattered-Earth, Milkbun, Mayuiki, Finni Chang, Chiou!, and Onemegawatt.

It includes 32 pages and even has mock advertisements, interviews, and articles inside written as if they are from the Breath of the Wild universe.

As fans of the game already know, cooking in The Legend of Zelda: Breath of the Wild is a major gameplay mechanic that is almost a necessity for taking on some of the game’s biggest challenges. Part of the fun was collecting ingredients scattered around Hyrule, taking them to a cooking station, and whipping up new dishes by selecting the ingredients.

HYRULE: Taste of the Wild can be pre-ordered on Etsy for $26.78 CAD but won’t be shipped until mid-July.

Will you be picking up HYRULE: Taste of the Wild? Share your thoughts in the comments below.