Fortnite Battle Royale May Become the Biggest Game in the West

One of the biggest online shooters is about to become bigger. Epic Games’ Fortnite Battle Royale game mode is getting a special map update. Along with some back-end technical changes, it’s seeing a big boost in player counts. So big, in fact, it’s on the path to becoming the biggest game in the west. Sounds crazy but not farfetched. 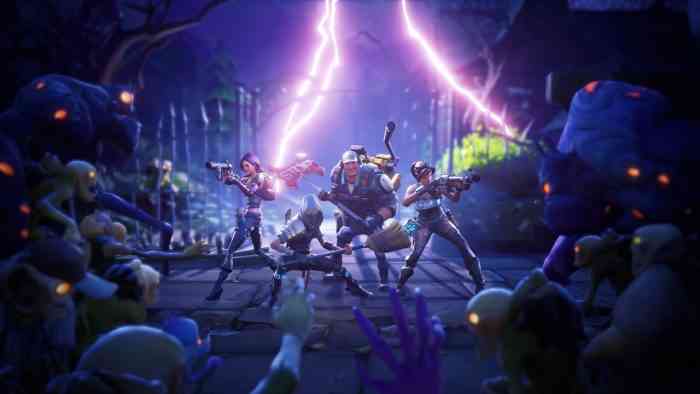 Last month, Fortnite Battle Royale reached a new milestone with its 30 million player count. This translated into 1.3 million concurrent players enjoying the game at once. One month later, the game has passed the 40 million player milestone and witnessed over 2 million players online simultaneously. Despite the fact that the experience is free, it’s a remarkable feat. Unlike its biggest competitor PUBG, however, the game does benefit from availability on PC, PS4, and Xbox One. For the very same reasons mentioned, the game is only more likely to grow its playerbase.

“To put it in context, some of the folk around the office are saying hey, we could be the biggest Battle Royale game in the western world, which is crazy,” lead systems designer Eric Williamson told Eurogamer.

“Some people are saying we could be the biggest and best-played game [full stop] in the western world.”

In order to become the “biggest” Battle Royale game, Epic is making Fortnite, well, bigger. The next milestone commences with the update internally termed “map 2.0.” It’s not a new map but more like a revamp that adds new areas for players to explore. Existing areas also get a little more attention. Below you will find before and after photos indicated by top and bottom images respectively.

Epic Game’s upgrade to the Fornite Battle Royale map is a result of their new “level streaming” implementation, which is huge not just for the game but for the Unreal Engine. As Williamson put it:

“Level streaming is technology which uncaps us to be able to increase the variety and quality of the localised area you’re in at any given time. It’s great technology that is useful in Battle Royale but also in all of our Unreal Engine licensees.”

Fortnite Battle Royale is free-to-play for PC, PlayStation 4, and Xbox One.