Turtle Beach Corporation today announced the global retail availability of the new Recon Camo multiplatform gaming headset for Xbox One, PlayStation 4, PC/Mac, and mobile/tablet devices. The collective fascination for World War II continues its pop culture ascendance and the Recon Camo deftly incorporates the style of the era with its evocative camouflage and military green design.

Not only does the Recon Camo look great, but it sounds amazing and produces richer, louder and more precise game audio thanks to its large, high-quality 50mm speakers with over 50% more surface area compared to the 40mm drivers found in other similarly priced headsets. The Recon Camo is built on one of Turtle Beach’s fan-favorite designs with a comfortable, battle hardened and durable frame, and features Turtle Beach’s renowned high-sensitivity mic to deliver the essential crystal clear chat needed to secure victory on the multiplayer battlefield. The Recon Camo will be available now at participating retailers for a MSRP of $69.95. 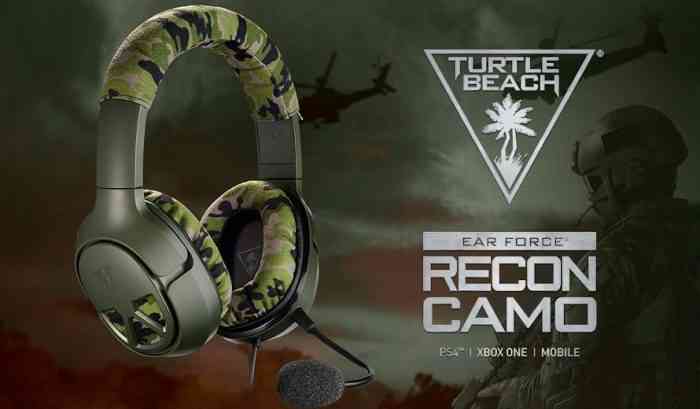