Gesture Warfare Flips the Script on the Standard Shooter Experience

Ahahaha, I am crushing you! I am crushing your head! For a limited time, Call of Duty: Infinite Warfare is putting down the real guns and picking up the finger guns for this new, dumb mode called Gesture Warfare.

You can blow a kiss! You can be Darth Vader and crush your opponents with a force choke! You can…throw a pretend grenade?

Check out the trailer below to see what I’m talking about:

The people over at Infinity Ward also released the following details about the game mode:

• 9 predetermined gestures are given to each player in random order. You’ll notice we also replace your menu selected gesture in this mode too.

• What are the gestures you get to use?

• Every kill with a gesture (or by launching the Flick Black Hole) will cycle to another gesture, like Gun Game

• Not only will you have gestures at your disposal, you’ll also be able to scavenge ammo after getting 1 kill per life. You’ll also have a lethal Throwing Knife. But why add weapons? We want you to play how you want, but with the option of using gestures and the normal combat you’re used to. Also, different gestures have different times to kill, so you’ll still be able to be effective when you get caught in surprise combat situations

• How do you use the gestures? Two ways. You can use the D-pad, which most of you are already comfortable using or you can also use your tactical grenade button

• Why is this a thing? Because we like creating things and well…lunch conversations tend to spark a lot of cool ideas, especially when it’s about how fun it would be to eliminate an enemy with the Bang Bang gesture

• Pro tip! Using the D-pad to kill with a gesture will circumvent the 5 second lethal delay at the start of a match! 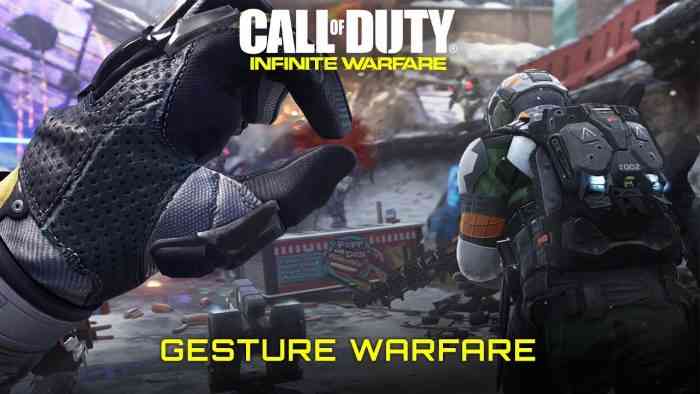 They are having too much fun over there. Gesture Warfare is live now and ends on Monday, September 25.


Call of Duty League Schedule Changing Due to Extreme Weather