During a pretty hectic week, Sony also let out some news about July’s PS Plus’ first revealed game: That’s You. The title will be part of one of Sony’s new initiative called PlayLink which focuses on casual gaming and second-screen gaming. Beyond just choosing an option from a multiple choice, the initiative will even let you use your smartphone or tablet’s camera in a way that interacts with the game too. 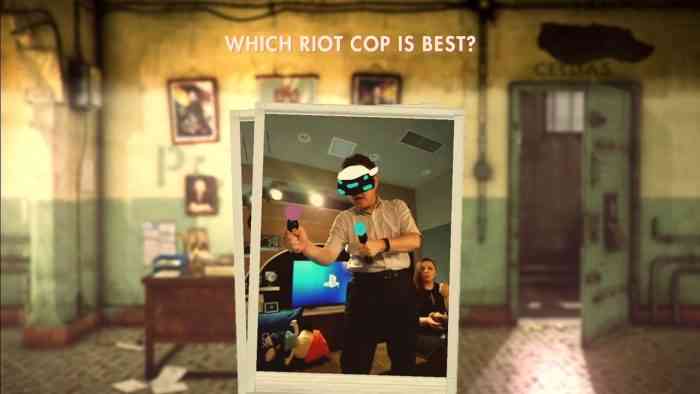 That’s You is a party game that looks a bit like a tech demo at times in this trailer below where Sony’s Shuhei Yoshida joins a party to play. The game relies on the camera quite a bit as you have to draw over your friends’ photos to beat challenges like, “Draw your friend in a police uniform”. Of course, if your friends are like mine, then, there’ll just be a barrage of dick drawings on the way.

Putting the game on PS Plus is a smart move to introduce the huge install base of PlayStation players to the PlayLink and hopefully, those who have fun will try other games in this push. If Sony’s seeking to get more casual players, I’d say the PlayLink app would have to be playable without a console as it’s a still a pretty steep price to buy in. It remains to be seen if this PlayLink will ultimately catch on with the masses or if it will eventually be as supported as PS VIta by the next E3 conference.

That said, I’m always down to draw my friends as the best riot cops on the force, equipped with dong-nunchakus. Either way, the title will be free on July 4th.