In a pretty low move, ZeniMax (the parent company of Bethesda) made a three-person indie company, No Matter, change the name of their Kickstarter’ed title, Prey for the Gods to Preay for the Gods. Yup, “praey” is such a really Google-friendly word. The reason for the change was that ZeniMax trademarked the word “Prey” in 2009 and felt this upcoming title would be too to their own title. For an indie title, having such an odd word in its title could be a serious detriment for its searchability. Hence, the grievance of the small studio. 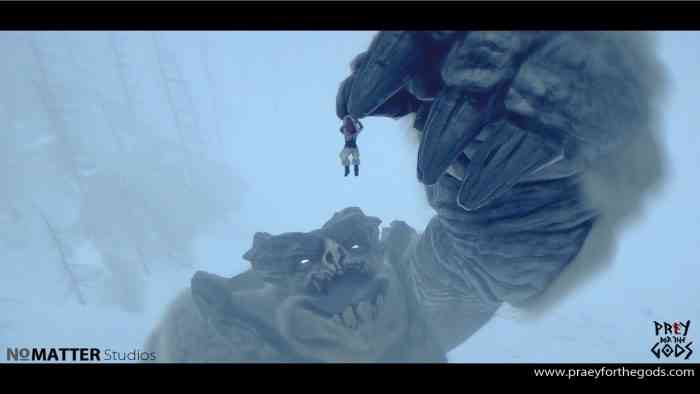 The indie studio put out a newsletter today that revealed the situation:

Wha!? Why are you now PRAEY for the Gods!?

Oh yea that…so we didn’t want to do this but we had to change our game name from Prey for the Gods to Praey for the Gods. Thankfully we get to keep the logo but we will spell it “Praey for the Gods”. Honestly, we could make this entire newsletter about our thoughts on this. Trademark law is what we were dealing with and we aren’t under any NDA so we can state the opposition in this situation, Bethesda/Zenimax.

We could’ve fought this and we did think about it for quite a while. Something like a trademark opposition can be long and depending on how far someone wants to fight it can be very expensive. We didn’t want to spend our precious Kickstarter funds, nor did we want to have to ask for additional funds to fight this in court. Using backer money towards something that doesn’t go towards the development or backer rewards felt horrible to us. Even if we did win we’d have to spend a solid chunk of our funds and in our opinion it wasn’t worth it.

The truth is we initially thought about naming the game Præy for the Gods prior to our initial trailer. The logo has both the woman praying against the duality of prey, and thankfully we get to continue to use that. We figured people would have a hard time trying to type in the æ symbol in search engines etc. This was back in 2015 when we posted a trailer on Facebook and Twitter with had no idea if 100 or even 1000 people would watch the trailer. We were applying for both Prey for the Gods, and Præy for the Gods trademarks shortly after as we realized the extent of what we were making. Unfortunately, Zenimax chose to oppose our mark, as they felt both were too similar to their mark “Prey” which they purchased from Id Software, in 2009. While we disagree with their opposition we were able to come to an agreement.

It was something that kept me up many nights, and no doubt shifted our focus from our game frequently. Worrying about the outcome if we went to trial, if we’d lose our fans or walk away from the mark and still potentially get sued for millions on trademark infringement. This is really something no starting company should have to deal with let alone a tiny team of 3. So the fact that we came out the other end intact still developing the game was a win. One that will no doubt shape our company moving forward.

Bethesda has yet to respond to comments for this story.