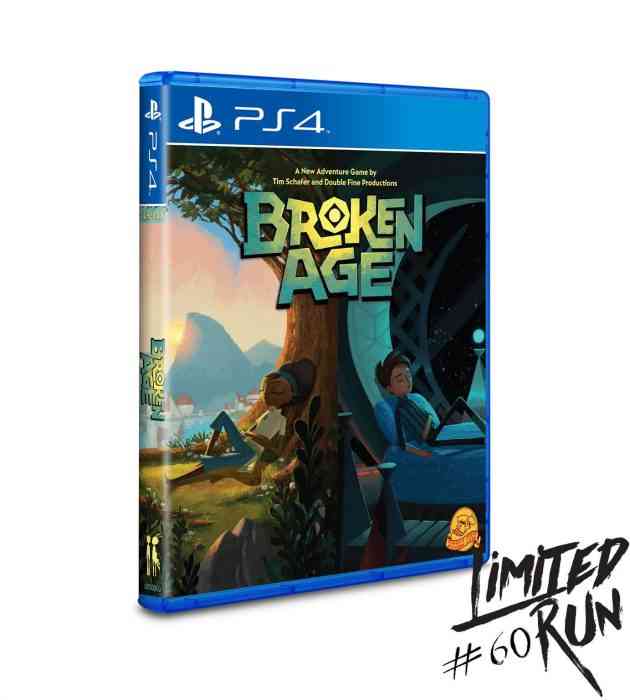 If you’re unfamiliar with Broken Age, it’s an adventure game that tells the story of two teenagers in very different circumstances peeking behind the curtains of their respective lives. Also there’s monsters and human sacrifices and excellent voice acting and the whole shebang is done up like an especially memorable children’s book. Tim Schafer has a rich history of making terrific adventure games, Broken Age being no exception. Two versions are being released. Both the PS4 and the Vita version will set you back $29.99.

To commemorate the occasion, Limited Run Games is also offering some tangentially-related merchandise at a discounted rate. There’s a Broken Age art book as well as a Hexipal plushie for the discerning collector. You can find each of the aforementioned products on the Limited Run site. As always, supplies are finite, so get in while the getting’s good. A scant 4,500 copies are available for PS4 and the Vita, leaving curious fans with 9,000 chances to own Broken Age as a physical product. In other words, act fast if you want either one.

Double Fine and Take This Address Mental Health in Psychonauts 2