Hey kids! Want to own a middling game plagued by bad reviews for dirt cheap? The Xbox One Marketplace is advertising Homefront: The Revolution for an astounding 75% off. You can own the game for a mere $15.00! Deep Silver is in the deep on this one! Steam still hasn’t dropped the price from the retail $39.99 yet, and neither has PSN, so this is Xbox exclusive. 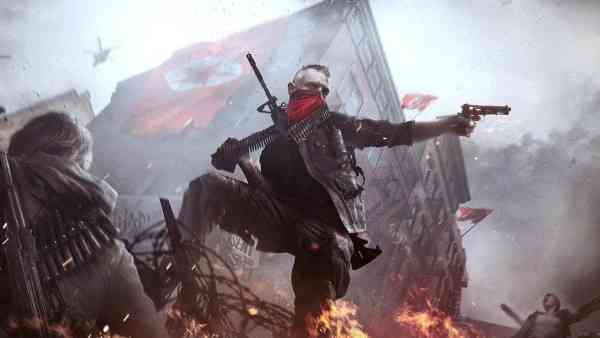 Currently the Homefront: The Revolution Freedom Fighter bundle is $17.50, which nets you the Season Pass and all Expansion DLC: “The Voice of Freedom,” “Aftermath”, and “The Right Kind of School.” Other weapon skins and customizations are going for $2.50 (the most expensive) to $1.50 (least expensive).

This sale is a part of Xbox’s “Deals with Gold” program, but it is shoved all the way in the back, like Xbox doesn’t want you to find it. It is even behind EA Sports’ Rory McIlroy PGA Tour. Guys, we’re dealing with Rory McIlroy Golf prices here! It’s insane!

“Would You Like to Play Again? You Have Selected ‘No.'”

Obviously, sales and reception for Homefront: The Revolution were generally unfavorable at release. The game-breaking bugs also didn’t help Deep Silver reach maximum potential at initial release, and DLC was therefore overlooked. Reviewers did see potential in the game being enjoyable, but plagued by technical issues, such as game-breaking bugs and marketplace issues. But all bug fixes and patches have been released, so the experience shouldn’t be too awful after a year, right? I mean, it’s only $15.00, so it’s not like you have much skin in the game, anyway.

This discount feels like the end of the road for the title, which is just shy of its release anniversary of May 17th this year. The sale has 13 hours left at the time of this post, so you have to grab it quick!

Skul: The Hero Slayer Is Coming to Consoles Later This Month