Orcs Must Die! Is a Statement We Can Get Behind

Look at all those damn filthy Orcs. Invading your castle with their dumb contraptions, smashing your defenses. Well, no longer – Orcs Must Die! UNCHAINED arrives today on Steam!

Orcs Must Die! UNCHAINED is the next step in Robot Entertainment’s Orcs Must Die! series, set in the same world of its hilarious fantasy predecessors, years after the finale Orcs Must Die! 2. With dozens of new rifts and worlds beyond them, heroes have come from far and wide to wage all-out war for control of these magical gateways (a great multiplayer device, a horrible narrative). In the years since Orcs Must Die! 2, Maximillian and Gabriella have done their best to rebuild the once-mighty Order. AND YET, the Orcs come back out of their stinkin’ holes. 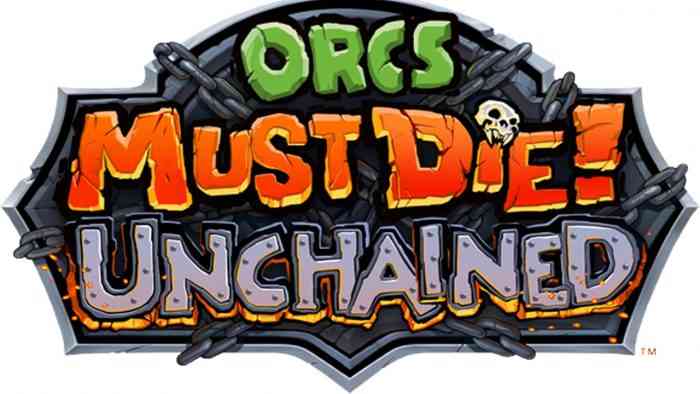 The game has similar components of its predecessors, but with a few added features for the expansion. More heroes are added to the game, such as Blackpaw, Hogarth, Stinkeye, and Bloodspike. There’s now a Survival Mode in which weekly challenges and daily quests give players the chance to unlock extra traps and upgrade parts. Long-time favorite Endless mode has returned in Orcs Must Die! Unchained with expanded 3-player co-op. Sabotage mode is new to the franchise, where players assemble a team to defend their rift, but at the same time another team is playing on the same map in another ghostly dimension! Spooky scary! These other players can distract your team with spells, minions, and huge bosses to make you lose rift points. At the same time, players in the “real” dimension can undermine their corporeal counterparts. And of course, there’s more traps, enemy classes, and upgrades you can investigate to kill those Orcs.

Orcs Must Die! Unchained will also be available on PlayStation 4 later this year, but you can pick it up on Steam right now, or from Orcsmustdie.com

Hogwarts Legacy Has Been Delayed Once Again Into Early 2023
Next
Streamer Beats 100% of Zelda: Breath of the Wild in 49 Hours
Previous
Ubisoft Adding Two New Offices for Major Titles