Hand-drawn games are a rarity these days. And to no one’s surprise, considering how hard it is to make them. But the developers over at Pewter Games were set on a unique animated adventure from the start. They created The Little Acre with 80s Fantasy Escapism in mind; talk about old school. However from what we’ve seen so far, fans of adventure, elaborate animation, and classic storytelling are bound to find their nook in this new title. 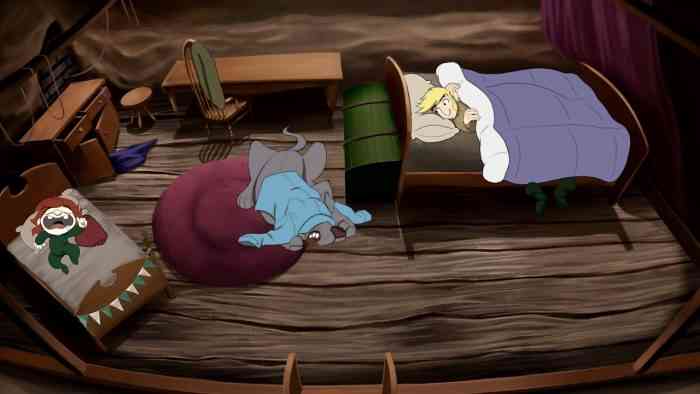 Charles Cecil, pioneer of point and click adventure(Broken Sword, Beneath a Steel Sky), set out to bring a new magical adventure to life .Perhaps a refresher for the modern audience, now tarrying away from classic-styled storytelling prevalent before the millenia. So far, feedback throughout the game’s development has been positive, according to the developer. And today: December 13, 2016, marks The Little Acre’s release across platforms, allowing us to see for ourselves how the old style holds up in our modern day sea of games.

Find your fantasy escapism now through The Little Acre trailer:

Created by the Dublin-based Pewter Games alongside Broken Sword creator Charles Cecil as executive producer, The Little Acre is a heart-warming, story-led adventure featuring hand-drawn animation, full voice acting, and a beautiful original score. Inspired by the marvels of classic Don Bluth animation (All Dogs Go to Heaven) and the magical wonder of a Miyazaki world, the game is set in 1950s Ireland and follows the story of Aidan and his young daughter, Lily. Investigating the sudden disappearance of his father, Aidan finds himself transported to a strange new land populated by bizarre creatures. Things are made slightly more difficult when young Lily decides that she is going to “help” and encounters her own perils along the way.

You can find The Little Acre on PS4, Xbox One, PC, Max, and Linux from most major digital stores. Discounts are currently available allowing purchase at less than its $12.99 price. PC players get a digital artbook along with purchase, while console players can download it for free at ISSUU.com.

As The Little Acre marks a break in our usual types of releases, how will it pan out? Comment your thoughts and interest level for Curve Digital’s new indie game.

UPDATE: We’ve reviewed The Little Acre and it can be found here