Everything a Bethesda Fan Could Want in Pinball!

That’s right! We are getting Fallout, Doom, and Elder Scrolls in a new medium. And Zen Studios is the developer behind this most action-packed pinball game you may ever see. Just watch the trailer to see what we’re talking about!

Apparently, you can play as Dragonborne, Sole Survivor, or Doom Guy—yep, Doom Guy. And fight in environments stemming directly from the three original games. We have Skyrim, Fallout 4, and the latest rendition of Doom. That’s Bethesda Pinball, and each variation is uniquely its own.

Adding to Bethesda’s theme are in-game events. Fight your way through the dragon’s resurgence in the north. Use magic, swords, trek through side-quests, mine, collect resources, and build characters until you claim ultimate victory, or reach pinball Sovngarde. Even better, collect bobble heads as you join factions in a nuclear wasteland. Beat up Super Mutants and explore/raid vaults. Last but not least, fight your way through mars! You haven’t lived until you’ve pinballed(not a real word) your way through demons! 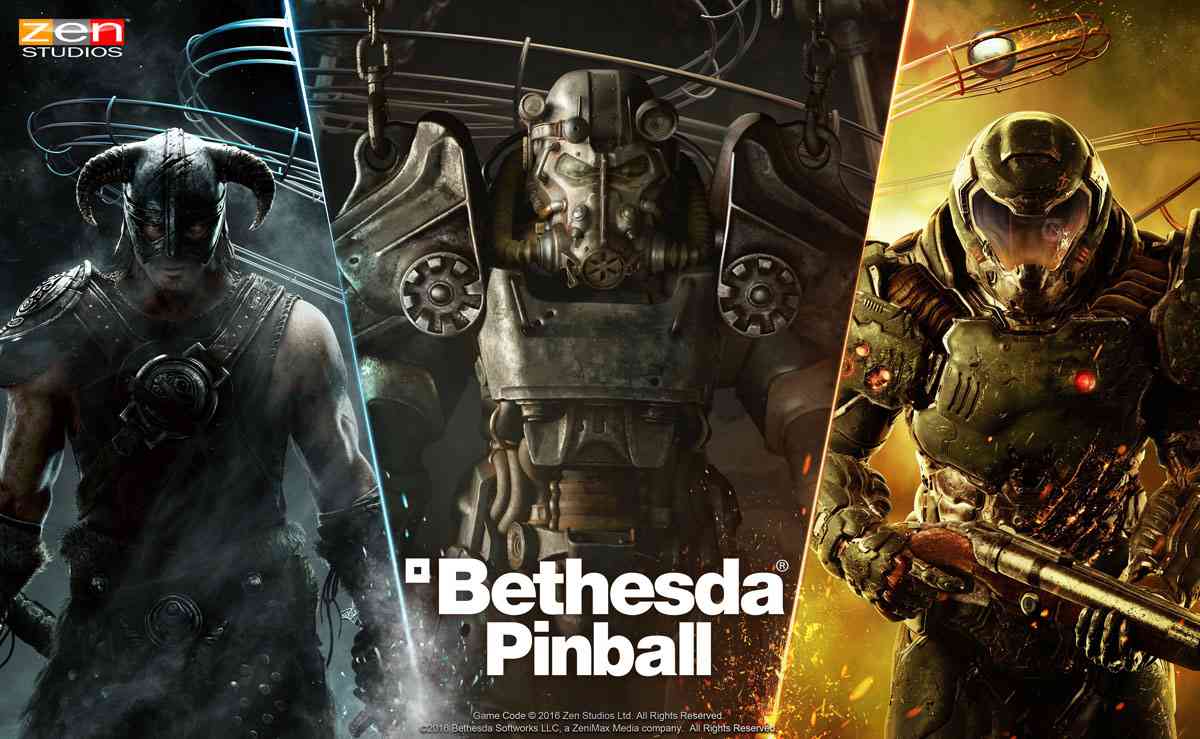 Any Bethesda fan is bound to get a kick out of at least one of three tables. Each table is elaborately constructed, with items, environment and mini-games you would likely see in a Bethesda title. Seems Zen studios somehow took three icons and jam packed nearly every great aspect in one old school experience.

Does this sound like a pinball game you can get on board with? Drop down in the comments and give us your opinion.

The Pathless Will Release On Xbox Platforms and Switch In February
Next
Puppy and Monkey Explore Space in Tales of Cosmos, Now on Steam
Previous
Werewolves Within Brings Multiplayer to PSVR, Oculus Rift and HTC Vive