FINAL FANTASY XV will have a dedicated booth at #2309 where fans can get their hands on with the game, experience the Warp Strike, take part in the mini-games featured in-game, and get FINAL FANTASY XV-themed T-shirts. 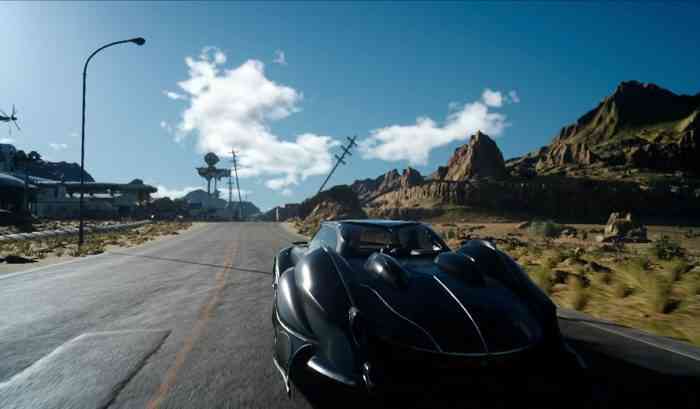 Square Enix will host a number of panels at the show giving fans an opportunity to get the latest development updates and converse with the creative minds behind the games.

Join members of the Rise of the Tomb Raider: 20 Year Celebration development team as they chat about the latest title and the features that celebrate 20 years of Lara Croft. Culminating with Lara’s landmark achievement of 20 years of an icon in gaming and pop-culture, Rise of the Tomb Raider: 20 Year Celebration releases later this year with nostalgic throwbacks like Croft Manor, classic outfits, and complex puzzles only those worthy of the Croft name can solve. Watch a sneak peak of the all-new PlayStation VR capabilities to explore Croft Manor, and have a look at Co-Op Endurance, a new mode where players can team up to survive the wilderness and gather relics and artifacts.

Hosted by Greg Miller and the Kinda Funny Crew, the Deus Ex GO: Puzzle Rumble won’t be your typical PAX Panel. Your favorite gaming personalities and members of the Deus Ex community will be tested in a challenge of speed and smarts with the most difficult puzzles the Square Enix Montreal team could come up with. Come scream and cheer as they attempt the toughest challenge of their lives under very special conditions.

In addition to the panel, join the team for their Deus Ex GO launch event and a Kinda Funny meet & greet. Come eat some poutine, meet the devs and win cool prizes.

Saturday, September 3, 2:30-3:30 p.m. – Wyvern Theater at Westin Seattle
Join Director Hajime Tabata as he dives into the gameplay and battle mechanics of how this generation’s action RPG, FINAL FANTASY XV will come to life.

Join Elias Toufexis (Actor, Adam Jensen) and other special guests for a unique discussion around Deus Ex: Mankind Divided, recently released on PS4, Xbox One and PC. Get your first look at the upcoming narrative DLC, which will see the return of… Find out in the panel!

Saturday, September 3, 6:00-7:00 p.m. – Hydra Theater
Join game director Hiroki Chiba and other guests as they delve into the whimsical and magical WORLD OF FINAL FANTASY.

The full lineup of titles from Square Enix include:

DEUS EX GO – Deus Ex GO is a turn-based infiltration puzzle game set in a stylized interpretation of the Deus Ex Universe®. As double agent Adam Jensen, you’ll use hacking, combat, and augmentations to solve the most challenging puzzles of the entire GO series. Work alongside your allies in TF29 and the Juggernaut Collective as you infiltrate locations to unravel the conspiracy behind a terrorist plot.

DEUS EX: MANKIND DIVIDED – Deus Ex: Mankind Divided, the sequel to the critically acclaimed Deus Ex: Human Revolution®, builds on the franchise’s trademark choice and consequence, action RPG based gameplay, to create both a memorable and highly immersive experience. Players will once again take on the role of Adam Jensen, now an experienced covert agent, and will gain access to his new arsenal of customizable state-of-the-art weapons and augmentations. With time working against him, Adam must choose the right approach, along with whom to trust, in order to unravel a vast worldwide conspiracy.

FINAL FANTASY BRAVE EXVIUS – FINAL FANTASY BRAVE EXVIUS is a brand new turn-based FINAL FANTASY adventure made for mobile devices and aimed at a worldwide audience. The game uses classic battle systems with a simplified mobile interface and a throwback pixel art style fused with rich 3D graphics. Adventures will begin their quest for a highly-coveted crystal, shortly meeting two knights from Grandshelt, and a young girl. Well-known FINAL FANTASY characters also appear in this game. The free-to-play mobile title has been downloaded over five million times worldwide (outside of Japan’s 6.5 million players) in the first month following its launch.

FINAL FANTASY XV – FINAL FANTASY XV is the highly anticipated action RPG serving as the 15th installment in the landmark series. The game tells the engaging tale of Crown Prince Noctis and his comrades, out on the road and fending for their lives after the armed forces of Niflheim launch a surprise assault upon the Kingdom of Lucis. Featuring an open-world environment, a captivating cast of characters, breathtaking visuals and real-time combat, FINAL FANTASY XV is the ultimate experience for series veterans and newcomers alike. The game’s universe is expanded with KINGSGLAIVE: FINAL FANTASY XV, the fully CG animated movie from Sony Pictures Home Entertainment (SPHE) featuring the voices of Aaron Paul, Lena Headey and Sean Bean, along with an anime series titled BROTHERHOOD FINAL FANTASY XV. Fans who complete the demo will receive an exclusive t-shirt.

HITMAN – HITMAN will see players perform contract hits on powerful, high-profile targets in exotic locations around the world, from the highly fashionable Paris and sunny coast of Italy to the dust and hustle of the markets in Marrakesh in this creative stealth action game. Gameplay focuses on taking out targets in huge and intricate sandbox levels with complete freedom of approach. Where to go, when to strike and who to kill – it is all up to you. And for the first time HITMAN will lead with a digital release inviting players into a world of assassination.

RIDE 2 – The second edition of Milestone’s innovative racing game is focused on the relationship between the rider and motorcycle, bringing the connection between man and machine even closer with career mode and other new features. Players can race the motorcycle of their dreams, thanks to unprecedented customization options for both rider and bike – and create the ultimate ride down to the finest detail. RIDE 2 offers more than 220 motorcycles from the most respected manufacturers, and new bike categories with the introduction of the Two Strokes, Supermotards and Café Racers added on top of the current list of bike types available, including the Nakeds, Supersports and many more.

RISE OF THE TOMB RAIDER: 20 Year Celebration – Crystal Dynamics and Square Enix continue to celebrate 20 years of Lara Croft, the gaming world’s iconic heroine, with Rise of the Tomb Raider: 20 Year Celebration. This new version will include the award-winning Rise of the Tomb Raider game; a completely new story chapter entitled “Blood Ties”, new co-op Endurance gameplay, PlayStation VR support for “Blood Ties”, all of the previously released DLC, more outfits, weapons, and Expedition Cards. With the exception of VR support, all of the new content in Rise of the Tomb Raider: 20 Year Celebration will also be available for Xbox One and PC players. Current Season Pass owners on Xbox One and PC will automatically receive the content for free, and moving forward the existing Season Pass will be updated to include the new content. There is no Season Pass on PlayStation 4, as all of the content is included in the initial release.

VALENTINO ROSSI: THE GAME – VALENTINO ROSSI: THE GAME brings the exciting worlds of MotoGP™ and VR|46 together in the most immersive and feature-packed motorcycle racing experience ever. Participate in the official 2016 MotoGP™ championship and discover the world of Valentino Rossi, with unique modes and all-new challenges dedicated to the career of the 9-time World Champion.