The Deus Ex Universe is expanding, and Eidos Montreal will be providing a first look at their new projects on June 8th at 8:30AM PT/11:30AM ET, hosted on twitch.tv/deusex 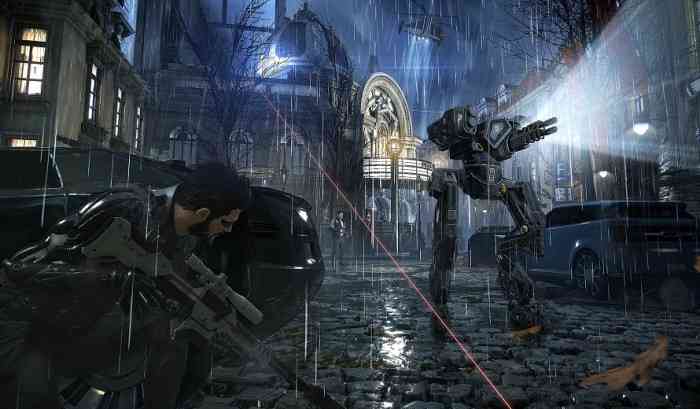 In addition to these announcements, 18 minutes of Exclusive Deus Ex: Mankind Divided gameplay footage will be showcased.

Get a first glimpse at the city-hub of Prague in Mankind Divided, an expansive and dense location which will allow players to meet a variety of characters, take on side-quests and explore inside and outside areas.

Mankind Divided, the sequel to the critically acclaimed Deus Ex: Human Revolution, builds on the franchises trademark choice and consequence, action-RPG based gameplay, to create both a memorable and highly immersive experience. Players will once again take on the role of Adam Jensen, now an experienced covert agent, and will gain access to his new arsenal of customizable state-of-the-art weapons and augmentations. With time working against him, Adam must choose the right approach, along with who to trust, in order to unravel a vast worldwide conspiracy.