Nuka World, the Last of the Fallout 4 DLC, will Let You Destroy Everything You’ve Worked Towards

Fallout 4 largely funneled players to making altruistic choices to help the much-beleaguered Commonwealth the Sole Survivor wakes up in, that is, until the new DLC, Nuka World. We all joined the Minutemen, built those settlements and searched for a lost child, but this upcoming DLC seems to address player concerns over the Suvivor’s limited storyline. Nuka World will finally allow players to fully assume the role of Raider leader. To all of those who blew up Megaton — here is your time to shine.

Nuka World is an amusement park run by Raiders. Players will be able to “conquer settlements, [and bend] the Commonwealth to [their] will.” Finally, we can all put an end to Preston Garvey’s requests for help by destroying every last one of them. 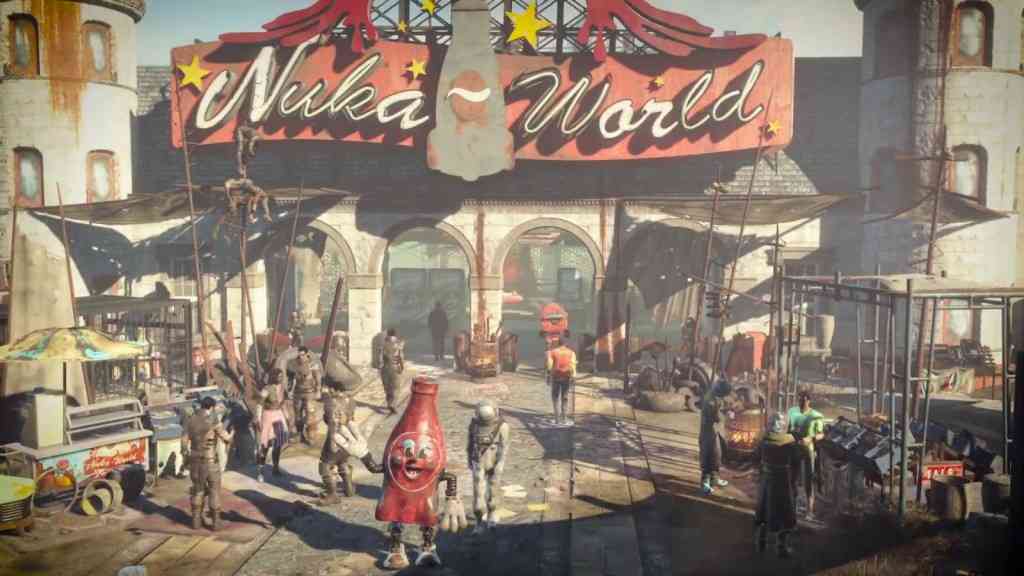 Game Director Todd Howard stated in an interview that this next set of add-ons for Fallout 4 will be the last, and Nuka-World will be the final DLC released for the game. Thus, blowing up every settlement I ever helped with seems like a fitting way to end my Fallout 4 experience.

“Take a trip to Nuka-World, a vast amusement park now a lawless city of Raiders. Explore an all-new region with an open wasteland and park zones like Safari Adventure, Dry Rock Gulch, Kiddie Kingdom, and the Galactic Zone. Lead lethal gangs of Raiders and use them to conquer settlements, bending the Commonwealth to your will. Nuka-World features new quests, Raiders, weapons, creatures, and more. Enjoy the ride!”

The Nuka World DLC will be released in this August 2016.