Anima: Gate of Memories Available Now on Steam and Xbox One, Launches on PS4 June 7

The much-anticipated action RPG Anima: Gate of Memories has been released!

To celebrate the launch, the publisher has shared a new trailer featuring the game’s signature style, god-like bosses, and captivating story. Check out the Anima: Gate of Memories trailer here:

Published by BadLand Games and developed by Anima Project, the game is now available digitally on Xbox One, Steam, and PlayStation 4. (In North America, the PlayStation 4 launch will take place on Tuesday, June 7th.) Anima: Gate of Memories (PS4) will also be available as both a standard and collector’s box release in select territories.

Anima: Gate of Memories is a third-person action RPG focused on combat and exploration. Players will enjoy a deep and multifaceted story where their choices and actions directly impact the journey and decide the characters’ fates. As players travel through the tower of Arcane and the gorgeously animated world of Gaia, they’ll endure epic battles with formidable opponents — each with special features and gameplay. 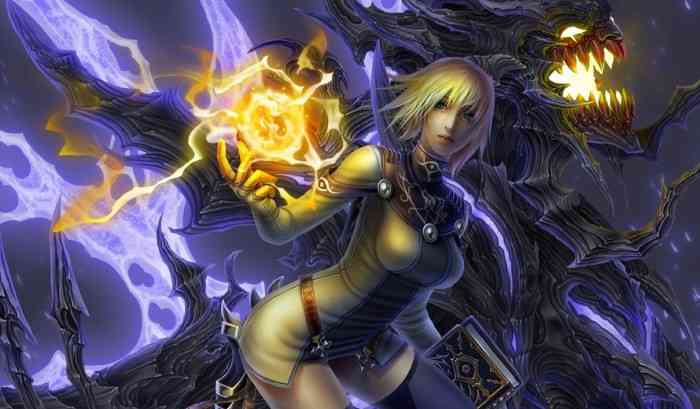 Join The Bearer and Ergo — agents of an ancient society called Nathaniel which for centuries has protected mankind from the darkness — on their journey to recover an old artifact called The Byblos that has been stolen by a renegade of the order. After a long pursuit — crossing areas ravaged by war — they are able to corner the fugitive in the middle of an ancient construction. All at once, the entire area is swallowed by light. Our protagonists awake inside a strange structure where they are no longer alone; strange beings have also been summoned there. Soon, both will discover that something darker than they could imagine is about to begin — a war in the shadows in which they will have a leading role.

Based on the international Anima: Beyond Fantasy RPG books, Anima: Gate of Memories was developed by the author and Anima Project — a small team of developers.

Anima: Gate of Memories is now available digitally at the retail price of $19.99 for Xbox One, Steam, and PlayStation 4. (In North America, the PlayStation 4 launch will be on June 7th.)

On PS4, the game will also be available as both a standard and collector’s box release in select territories.