505 Games is happy to release their highly-touted strategy game on multiple platforms as of now. Right now! You can find the title on PS4, Xbox One, iOS App Store and the Google Play Store. It’s developed by the studio that was the creative mastermind behind another wildly popular title, known as Battle Islands. In Battle Ages. Players are given control of a tiny settlement at the beginning of time, where players can guide their denizens through all sorts of scenarios, leading it through times of prosperous growth, as well as troubling times, all in an intense Player versus Player environment where fans can pit their carefully guided citizens against one another in a bid for total supremacy. 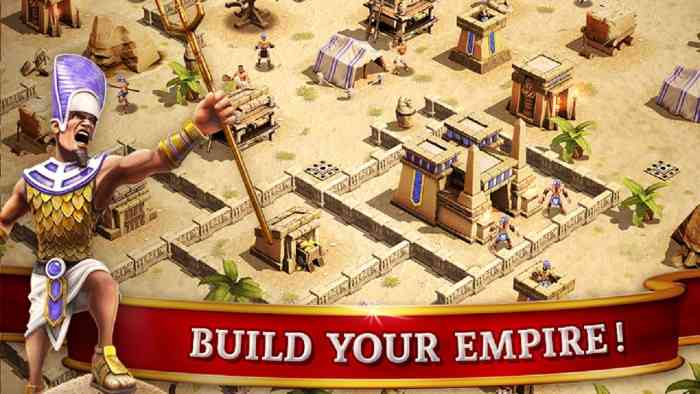 Players can progress through various eras of time, and will have all sorts of technological progression to consider as they optimize their citizens. Workers can be made use of to build high tech machinery to help streamline development, be it in a societal or a combat role. Players can also fortify their defenses, as the risk of battle is always present, and as such, always a threat. Players can also enlist the aid of some of history’s greatest thinkers in order to give them a leg up on discovering some truly impressive technology for the given time, allowing them to crush their foes in combat.

Battle Ages is available to download for free on any of the aforementioned platforms, and 505 Games is no small-time developer, having contributed to a wide range of titles, including Sniper Elite 3, PAYDAY 2, Brothers – A Tale of Two Sons, Terraria, How To Survive, Defense Grid 2, and the upcoming ABZU and ADR1FT. Players are in safe hands with these developers, and can expect a satisfying title in which they can build a society however they like, be it a tightly guarded community of scientific prowess, or a cutthroat band of warmongers, able to conquer at a whim.