Two classic gaming universes collide when flat Paper Mario jumps off the page and into the world of Mario & Luigi in the Mario & Luigi: Paper Jam game, launching exclusively for the 3DS on January 22nd. In a surprising twist, the universe does not implode when some of the Mushroom Kingdom’s most recognizable characters like Princess Peach and Bowser meet their Paper Mario doppelgangers. Instead, when the two worlds collide, the result is what Nintendo calls “a charming, sidesplittingly funny, creative new game” – and one in which the universe, thankfully, remains intact.

“Mario & Luigi: Paper Jam starts the year off on a fun note,” says Pierre-Paul Trepanier, Nintendo of Canada’s General Manager and Senior Director. “The wild and wonderful crossover game is one of many exclusive games launching for Nintendo 3DS throughout the first part of 2016.”

In the Mario & Luigi: Paper Jam game, Mario, Luigi and Paper Mario must team up for the first time to complete quests, battle enemies both large and small, and help get Paper characters back to their world. The massive portable adventure apparently follows the three heroes as they explore a colourful world filled with both paper and non-paper environments, using individual powers (like Paper Mario’s ability to turn into multiple paper forms) and combo moves (like powerful Trio Attacks) to progress through the game. Special Battle Cards and amiibo-activated Character Cards can also apparently be used to turn the tide of battle. 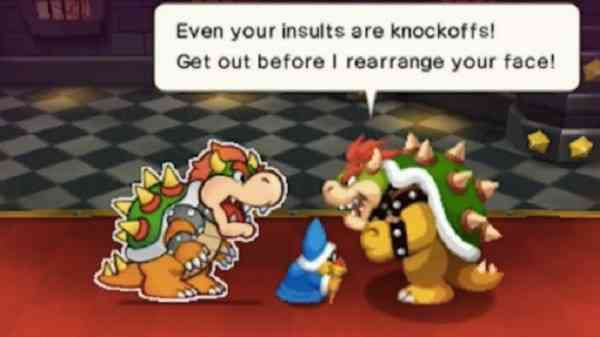 Nintendo promises that the new game is brimming with the playful humour fans expect from the Mario & Luigi series. Mario & Luigi: Paper Jam also answers a slew of questions: What happens in a game with two Princess Peaches instead of one? How will Bowser react when his paper doppelganger shows up in the same game?

Will the paper characters make it back into the book? Mario & Luigi: Paper Jam is full of surprising scenarios and clever writing that Nintendo hopes all fans will appreciate – even ones that have never played a Mario & Luigi game before.

While exploring the vast and varied world, Mario, Luigi and Paper Mario must dig deep into their signature moves and work together in unexpected ways. Since Paper Mario joins the fun, he can assist in battle in multiple ways, like creating copies of himself to help defeat enemies and using his unique paper moves to access hard-to-reach areas like slipping through a crack in a rock. Other times, all three heroes will have to work together by performing Trio Attacks in battle, throwing Ninja Stars made out of Paper Mario or crashing down on enemies by riding meteorites. 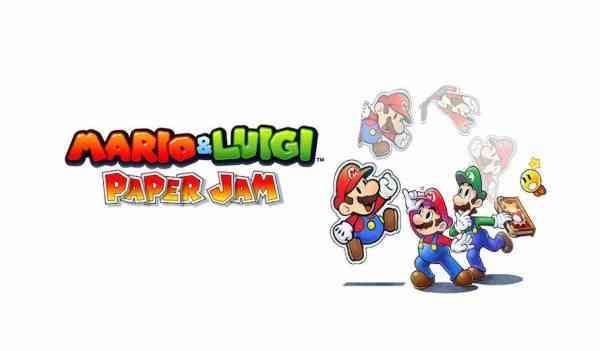 We are told that like other Mario & Luigi games, battling in Mario & Luigi: Paper Jam fuses turn-based actions and real-time commands. As you progress through the always-entertaining story, you will acquire a series of Battle Cards that can be used strategically to improve stats in battle. In addition, you can craft special Character Cards by using in-game “?” cards and compatible amiibo figures.

By tapping a Mario, Luigi, Peach, Toad, Yoshi or Bowser amiibo to the New Nintendo 3DS system (or an NFC Reader/Writer accessory used with a Nintendo 3DS, Nintendo 3DS XL or Nintendo 2DS system), you will receive one of many Character Cards based on the character that was tapped. Not only do these in-game crafted cards help in battle, they are also wonderfully illustrated, displaying character art from more than 30 years of Nintendo games.

Word is that Mario & Luigi: Paper Jam launches in stores and in the Nintendo eShop on Nintendo 3DS on January 22. For more information about the game, visit the official website here.