CHECK OUT OUR OFFICIAL REVIEW

Based on the award-winning PC game, written by Tom Jubert (FTL, The Swapper) and Jonas Kyratzes (Infinite Ocean), The Talos Principle is a cryptic and thought-provoking, metaphysical parable about intelligence and meaning in an inevitably doomed world. Following its late 2014 release on Steam, The Talos Principle immediately earned broad critical and player acclaim – and is now available on PS4 at GameStop, Best Buy, Amazon and other retail locations, and via download at the PlayStation Store, in North and South America. 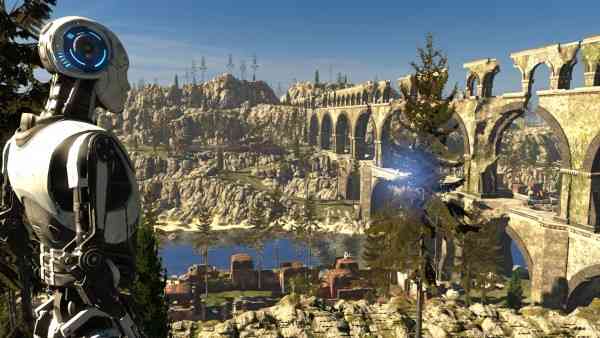 Players are woven into The Talos Principle on an existential journey as a sentient artificial intelligence placed in a simulation of humanity’s greatest ruins, and linked together through an arcane cathedral. Guided by the ethereal voice of Elohim, players embark on a journey to discover whether machine and man are one by solving a series of increasingly complex puzzles in an artistically beautiful simulation.

“The Talos Principle: The Deluxe Edition is the perfect game for audiences to lose themselves in the philosophy-driven, mind-bending world and puzzles created by the talented team at Croteam,” said Joseph Sutton, president, Nighthawk Interactive. “It’s only a matter of time before PS4 fans will finally experience why the PC version, from renowned indie publisher Devolver Digital, quickly became a critically-acclaimed must-play for fans of deeply immersive, complex puzzle games.”