“Walk the Mojave one last time, and discover a centuries-old library inhabited by sentient machines. In this forgotten Vault, you will discover that you might not know yourself as well as you thought you did.”

Upholding the quirky and humorous heritage of the Fallout Series, Fan Mod Autumn Leaves invites the player to experience a unique spiritual trip into a vast library, sealed away for centuries in Vault-like conditions. Amidst endless rows of centuries-old books, they will unravel the disturbing secrets of these mysterious automatons – as well as the truth behind their own quest for the Platinum Chip.

Autumn Leaves presents the players with a series of rites of initiation where, in-between abusive robots, verbal jousts, casual death threats and phat loot, the Courier discovers their true identity.

Confronted by a full cast of lovably unpredictable robots programmed to emulate human emotions, you will be challenged to solve a centuries-old murder and maybe – just maybe – help the machines find their own inner self. Or blow them up. Either way’s good. 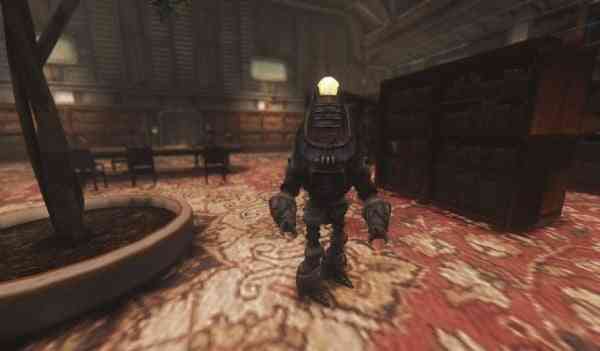