Mike Mika is the Head of Development for Digital Eclipse who are currently in the process of restoring one of gaming’s most stored franchises with Capcom’s Mega-Man. When speaking of the project Mike gave his thoughts on the current trend of sloppy re-releases for easy money stating, “Every time a game gets re-released as a quick, easy cash-in, we devalue our heritage a little bit more. We think games deserve better than that, and we suspect that the market is going to prove us right.” Of course with a statement like that one would assume that the utmost care and attention is being paid to not only restoring these Mega-Man games but giving fans more than just a quick emulation.

Originally formed in 1992 by CEO Andrew Ayre, Digital Eclipse was the first development studio to bring perfectly emulated arcade classics to new platforms. In its return, the brand ups the ante with a greater restorative focus — not only bringing classic games to today’s platforms, but supplementing them with a comprehensive development history. Supported by rare concept pieces and other archival materials, Digital Eclipse-branded products will offer an unparalleled collector’s edition experience for fans of vintage games.

Digital Eclipse’s first new project is Mega Man Legacy Collection, a collection of the six original titles in the seminal action game series. Each game has been restored to a playable state from their original source elements, and is contextualized by vintage artifacts dating back to the first game’s publication in 1987. The collection is being published by series creator Capcom and will be playable for the first time at this year’s E3 in the Capcom booth.

“Movies have the Criterion Collection, but there hasn’t been anything like that for games,” said Frank Cifaldi, Head of Restoration for Digital Eclipse. “We’re living in the golden age of a brand new form of artistic expression, and we’re not doing a very good job of making sure our games will be available five years from now, let alone fifty. The more we can do right now to take video game preservation seriously, the safer our history will be.” 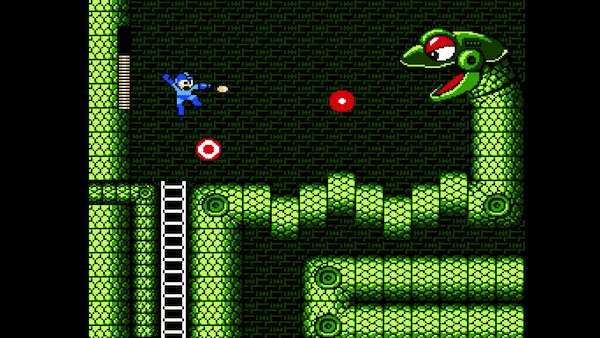 Mega Man Legacy Collection is a celebration of the 8-bit history of Capcom’s iconic Blue Bomber. Featuring faithful reproductions of the series’ origins, the Legacy Collection will remind long-time fans and introduce newcomers to what made Mega Man such a popular and iconic character. In addition to the six original Mega Man games, Mega Man Legacy Collection features new ways to experience the classic games with the Museum Mode and new Challenge Mode. Challenge Mode remixes gameplay segments from all six games, with plenty of scaling difficulty objectives for experienced players to conquer yet serving as a good starting point for new players, too. Museum Mode contains a comprehensive collection of history, high-res art and original concept pieces – a mega treat for any fan of Mega Man and video game history.

“Capcom has one of the most storied histories in the industry and with Mega Man Legacy Collection, Digital Eclipse has shown amazing amounts of care and respect in preserving these classic pieces of video game history,” said Capcom Producer Rey Jimenez. “Having worked with the original incarnation of Digital Eclipse on other projects, we look forward to once again partnering with this passionate group of developers.”

Next
No Look at Quantum Break at E3 2015
Previous
Ready at Dawn Developing for Nintendo NX?