Capcom wasn’t kidding around when they said that this console generation will see a lot of remastered versions of the company’s back catalog. Resident Evil Revelations isn’t even the first game in the horror series to get revived on PS4 and Xbox One. The fourth, fifth, and sixth installments were released (surprisingly not in that order) last year just for the hell of it; and RE1 Remake and RE0 both were remastered in 2015 and 2016 respectively which only leaves a few of the classic games to eventually find themselves on current-gen. This appears to have been a smart play for Capcom, however, because Resident Evil 7 proved to be an overwhelming success not only in the sales department but also in terms of turning the tide on a franchise that has struggled with identity since RE4. While a sequel is most certainly in the works, Capcom doesn’t want anyone to forget about the Resident Evil name. Enter Resident Evil Revelations.

Despite not having a number attached to the end of its name, Revelations is still tied to the Resident Evil mythos. It takes place between 4 and 5 and features fan favorites, Jill Valentine and Chris Redfield. The nightmare begins when Jill and her new partner, Parker, receive the coordinates for the whereabouts of Chris and his new partner, Jessica. Their search leads them to the Queen Zenobia, a massive cruise ship that has been taken over by the T-Virus. What follows is a 10-12 hour campaign that is divided up into chapters disguised as episodes. The TV-style presentation is one of the highlights of Revelations with each chapter focusing on a different or alternating character. There’s even has a “Previously on…” segment that recaps the events prior to the start of each chapter. This structure, clearly designed for the purpose of bite-sized mobile play on the 3DS, is still useful when playing on the couch. If I may add a personal note, I would love more single-player games to implement a feature like this. It’s a smart and simple way to recap key story points when I return to a game I haven’t played in a long while. Okay, back to the review. I’m just putting it out there: Resident Evil Revelations isn’t as good as RE7, but it too, was seen as a marked improvement for the series when it originally launched on the 3DS in 2012. I remember having a blast with it then, and I’m happy to report that it still manages to hold up really well on consoles. It’s an enjoyable romp from beginning to finish with genuine spooky moments peppered in. The Queen Zenobia is a great setting for the series and actually feels like a thoughtfully constructed cruise ship with distinct areas, rooms, and puzzles. It’s not as complex as the Spencer mansion from RE1 or even the Baker property in 7, but it definitely holds its own.

Where Revelations really suffers, however, is in its playable characters, some of which are unbelievably and aggressively bad. Just wait until you meet Quinn and you’ll know exactly what I’m getting at. If you thought the series had bad voice acting and cringe-worthy dialogue before, you haven’t seen anything yet. Outside of that, I found myself still invested in the outcome of the story even if it follows the familiar bioterrorism “let’s save the world” shenanigans. I will admit that I did fall for a few of the narrative twists, and because of that, I still feel the story is mainly a success.

One of the disadvantages from the 3DS version was the lack of a second stick on the physical hardware. This locked aiming to the L shoulder button and left stick. If you wanted to strafe you had to add the R button to the mix. It got pretty confusing and even caused some serious cramping. Sure, the circle pad pro helped but that required shelling out extra money for only a select few games that supported it while also turning the 3DS into a handheld Frankenstein. The console editions take full support of that second stick so movement doesn’t feel restrained. For a series in which heavy, tank-like controls are a constant criticism, RE Revelations controls with surprising intuitiveness. Navigating through tight corridors still requires some extra effort but this is still one of the most accessible Resident Evil games. On the technical side of things, blemishes of the 3DS port still remain (some textures look particularly muddy) but the upgraded visuals look solid overall. The most distinctive change on PS4 and Xbox One is the bump up in frame rate for better performance. On 3DS and the re-releases on PS3, Xbox 360, and Wii U, Revelations stayed locked at 30 fps, but here everything is buttery smooth with an unwavering 60 fps. It feels really good to play and made aiming specific body parts on enemies much easier.

The campaign adventure is definitely worth your time if you can get past some annoyances but it’s the Raid Mode that had me coming back for more. Raid Mode is an arcadey action-packed mini game that can be played by yourself or with another person. Players run through areas from the campaign as quickly as possible, taking down enemies in all-new configurations, picking up weapons and loot, and finding the end-level emblem. Doing it successfully earns a rank, spoils, EXP, currency, and other bonuses. It’s a lot of fun and plenty addictive thanks to a string of constant rewards, unlockables, and unique challenges. I especially liked seeing a health bar on enemies and seeing my weapon strength chip it away because it allowed me to experiment with new weapons and to find out how effective they were against different enemy types. I’m also a sucker for a game that rewards me even when I fail. Throw in a measly level up system and custom load outs and I’m pretty much hooked in front of the TV for hours. As repetitive as it is to keep saying for remasters, this is the definitive version and best way to play Resident Evil Revelations. I’d even say it’s worth double-dipping if you’ve played it on 3DS because of its frame rate boost and better controls. Last-gen owners needn’t cough up the cash here but on the other hand, the $20 asking price isn’t exactly breaking the bank. Technicalities aside, Resident Evil Revelations is a solid entry in the series; one that brought back some much-needed horror after the pitiful Michael Bay-esque RE 6. It has an interesting but silly story and the new Raid Mode is an absolute blast to play. Pick it up if you still have Resident Evil on the brain. 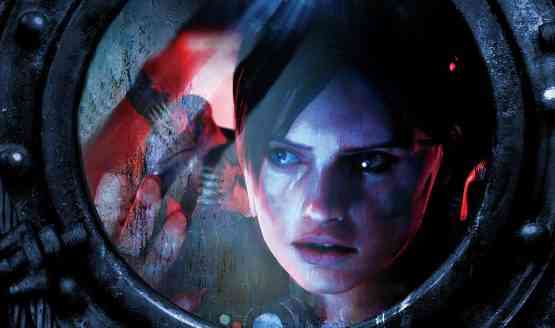