The last time I played a Ninja Gaiden game was nearly 10 years ago when it hit the original Xbox.  As great as the graphics and game play were at the time, the one thing I remember the most was it being so damn hard.  It was welcome news to see that Sigma 2 Plus features what I find to be somewhat amusingly named Hero difficulty mode.  While it isn’t new to the series, Hero mode offers a more forgiving game play experience for those not seeking a punishing challenge.  Ninja Gaiden purists need not worry.  The insane difficulty modes true to the Ninja Gaiden series are still intact. 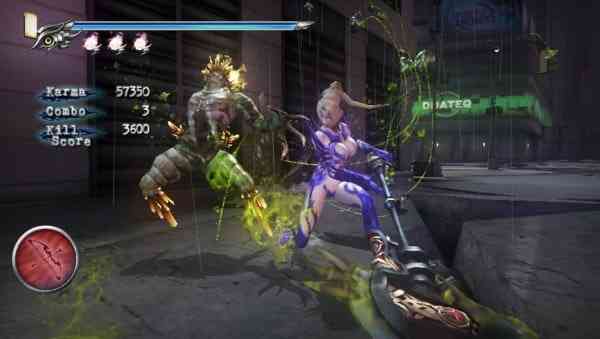 The plot of Sigma 2 Plus centers on Ryu Hyabusa’s (whom you play as) quest to retrieve the stolen Demon Statue from his ninja clan.  The story here matters little, partly because this is a five year old game and there have been newer games since and party because Sigma 2 Plus is so focused on combat and gore that the story takes a back seat to the action.

If you are looking for gore, you’ve come to the right place.  Opportunity to spill copious amounts of blood and sever limbs wait at every turn.  Combat relies on the standard two-button attack plus blocking controls.  It’s all easy enough to pick up and start playing but some of the stronger combos require button push combinations that I found a bit too difficult to pull off in the heat of battle.  No matter though.  Even without those advanced combos there’s plenty of blood, gore (and flying limbs) even with the standard attacks.  As enemies are vanquished they release essence which can be collected and turned in to what is called “ultimate techniques”. Think of it like a powered-up, super combo. It takes a bit of skill to first learn how to charge up the ultimate technique when in combat but this is an extremely effective technique when taking on multiple enemies.

Progression through the game is pretty linear.  The occasional branching path shows up but things never stray far from getting you from one engagement to the next.  The action is squarely focused on combat.  I did find the alternate paths worthy of checking out just to pick-up the treasure.   At various points throughout the game you come across stores where you can buy items and upgrade your weapons.

There is no multiplayer to speak of but there are two Vita-specific game modes.  Ninja Race is essentially a time attack mode, which personally I’m not a big fan of, where you must complete levels against the clock.  Tag Battle pits you against waves of enemies in a fixed area.  It is essentially Ninja Gaiden’s version of Horde mode but with the twist that you can select two characters and swap between them as you play.  Again, not my thing personally but both modes add an extra element to the package and act as a nice diversion from the main story mode. 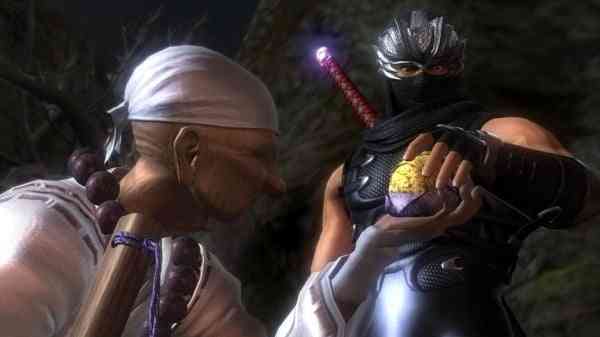 For a game that’s five years old, I think Sigma 2 Plus looks pretty decent on the Vita’s vibrant screen.  Textures are nowhere near as detailed as games such as Uncharted Golden Abyss but the action moves at a fast pace.  The frame rate does stutter occasionally, more and more frequently as I advanced further in to the game.  I didn’t find this to be a deal breaker though.  Oh, did I mention the gore yet?  Even on the Vita’s 5” screen, blood, guts and body parts fly during combat.  This is probably not a game you want your kids playing.

There isn’t a lot of dialogue in Sigma 2 Plus but I found the voice acting to be pretty well done.  The bulk of the sound effects are made up of the combination of steel-on-steel swordplay and the sounds of weapons cutting through flesh with a satisfying amount of juiciness.  The highlight for me though is the soundtrack, which brings back memories of those ninja movies in the 80’s with synthesizer effects mixed in to the orchestral score.

If Ninja Gaiden Sigma 2 Plus for the Vita was just a bit cheaper I think I would have enjoyed it a bit more.  Partly because of the fact it is a port of a port but also because there are simply more affordable options available.  Unless someone is a diehard Ninja Gaiden fan, gamers might prefer to explore those other options or just download Ninja Gaiden Sigma, which is free for PlayStation Plus subscribers.  Regardless, I enjoyed my time with Ninja Gaiden Sigma 2 Plus for the Vita.  Sure it has its flaws and, yes, it’s a port of a port but it was still an enjoyable experience.  It made me feel badass, even on the easiest difficulty.