Wasteland 2: Director’s Cut Review – Once More Into the Wasteland…Again

At this point Wasteland 2 is more or less a known quantity. It’s one of the pillars of the Kickstarter generation of nostalgia-driven pseudo-remakes. Wasteland 2 is basically an updated version of the original Wasteland, a top-down RPG that inspired the subsequent and quite similar Fallout series. Wasteland 2 was released over a year ago to some fanfare and is generally regarded as a good game. The new “Director’s Cut” is a free update for current owners of the game, so the only real question is: if you weren’t interested in Wasteland 2 before, should you be now? 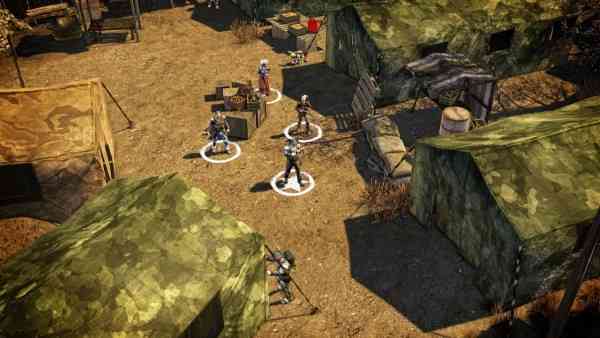 There are two types of upgrades in the new version. The first are improved visuals and voiceovers, which are no doubt welcome and will make the game look better. A lot of the old-school Kickstarter games rely on a fanbase which misses the old style of games, or the old games themselves, so graphics aren’t always that important. But if these new games have any hope of reaching people who have no clue about Wasteland 1 they need to look good too. With its use of the newer Unity 5 engine, Wasteland 2: Director’s Cut definitely looks better than the earlier version. And as for the expanded voiceovers, they enhance the realism of a world that can sometimes feel like you’re spending most of your time reading. Not that reading is a bad thing, and it certainly comes with the territory. Again, part of the reason people wanted Wasteland 2 in the first place was to return to that style of game, but most of those people already own it. The Director’s Cut has a slightly different audience.

The other, and perhaps more important, sort of upgrade is improved gameplay. There are new character traits and customization options, but most of the adjustments have to do with combat. There are quite a few newer games, perhaps riding on the popularity of the also relatively newly rebooted XCOM, which have adopted turn-based combat. This is the sort of thing that hasn’t been seen in a while, and until recently, which screams “old-school.” As such it often feels like these games are just adding turn-based combat to appeal to players who have fond memories of the old days. XCOM did it well, and managed to heighten the intensity of combat by pulling you into the game, almost making it feel like a first-person shooter at times while also affording some truly complex decisions and planning. Games like Shadowrun Returns and Massive Chalice felt less tactical and didn’t seem to gain much that a pause button couldn’t allow. Wasteland 2, as of the Director’s Cut, falls somewhere in between.

“In the end, Wasteland 2 is good, it’s fun, and there is a ton of content. But it’s not that different, or newly ‘cut’, than it was a year ago.”

When combat begins the game pauses and the usual turn-based fare begins. Wasteland 2 opts for individual “initiative” rolls for each character rather than grouping each team together. This means that when it’s a character’s turn to act you can’t choose to use another character first and then come back to this one’s action. You do get a slight refund on unused action points, so if a character doesn’t have much to do they can get additional points on their next turn. Characters also don’t act on other characters’ turns. In a game like XCOM you can put your characters on “overwatch” to allow them to react to enemy movement, in Wasteland 2 you plan out your move on your turn and then watch what happens. None of this is necessarily good or bad – it’s just different. There is plenty of potential for tactical decision-making.

Wasteland 2 is an interesting case study for Kickstarter games in general. The crowd-sourced funding mechanism has proven itself to be successful for getting games off the ground, but in many cases it’s unclear whether it can actually be used to turn a profit that might be used to develop future games. If there is no way to keep the doors open after each Kickstarter campaign and you’re at the mercy of creating another project that people want to Kickstart. The way to avoid such a problem is to make the game appealing to people who didn’t back the Kickstarter. Nostalgia, a huge driving force behind the popularity of Kickstarter, by definition has no bearing on sales to new customers. But it seems doubtful that you can Kickstart a triple-A game, and how marketable to a general audience is even a slightly upgraded sequel to a 27-year-old game?

In the end, Wasteland 2 is good, it’s fun, and there is a ton of content. But it’s not that different, or newly ‘cut’, than it was a year ago. I don’t think the upgrades have appreciably increased its target audience or its appeal to that audience. If you own Wasteland 2 the upgrade is a nice bonus. If you don’t, unless you haven’t heard of it or have been waiting for some other reason to get it, this new version won’t do much to push you over the edge. 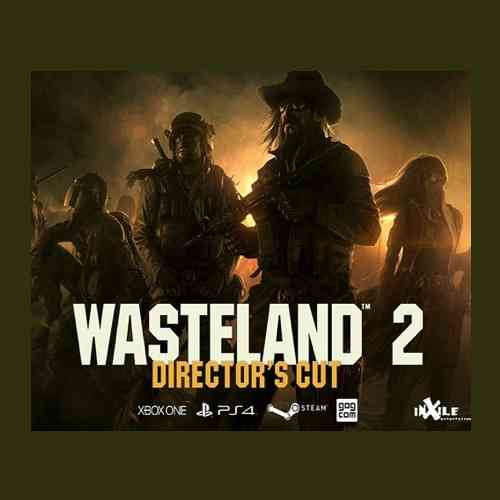