Return to PoPoLoCrois: A Story of Seasons Fairytale Review – A Charming Crossover

Although PoPoLoCrois and Story of Seasons have yet to obtain an immense surge in popularity out here in the West, it’s not the first time we’ve encountered their names. PopoloCrois, originally a manga published in 1984, has been the heart of a handful of animes and video games based upon it. Even though the West didn’t get much service for PopoloCrois, we did get one thing – the PSP game back in 2005. Meanwhile, Story of Seasons embodies quite the complex story as most would know its original franchise name, Harvest Moon. As I mentioned in my review for Story of Seasons, Story of Seasons is really Harvest Moon in disguise as this name change really is just due to a legal issue related to the publishers. As a result, PopoloCrois holds the RPG side of things while Story of Seasons holds the farming and animal caretaking side. Which brings us to Return to PoPoLoCrois: A Story of Seasons Fairytale, an unexpected crossover representing two main elements – RPG and farming.

Given that this game is a crossover between two franchises, it’s important to note that you actually don’t need to have played or have any knowledge of their previous games. The game can actually act as a starting point or introduction to both instead.

The game starts off on our main protagonist’s, Prince Pietro of Popolocrois, thirteenth birthday as a big celebration is being put forth. Even with the celebration on its way, the appearances of “black beasts” throughout Popolocrois could not be ignored and a solution was in question. This brings the character Lady Marmela into the picture where she offers to aid Popolocrois by teaching an individual only of the purest of hearts a technique to combat the pesky “black beasts”. Who is the pure hearted person worthy of this role you ask? None other than Prince Pietro of course! From there on out, it’s up to Pietro and his pals to overcome the various obstacles and encounters they’re brought up against to save Popolocrois.

“While it may be too simplistic for some, Return to PoPoLoCrois: A Story of Seasons Fairytale is meant to be a light-hearted and mellow adventure.”

The story is far from being something that revolutionizes storytelling; it’s a mellow, laidback fairytale that keeps you engaged through its loveable characters and adorable relationships that blossom and unfold throughout the adventure. Don’t be fooled, however, as the game has some twists and turns that are quite uncanny and surprising at times. For a good majority of the game, you’ll be walking around and exploring the land as Pietro by finding treasure chests as well as interacting with other characters. However, you’ll also engage in battles along with farming.

Interestingly, aside from boss battles, battles occur through random encounters (which you can actually adjust how often it occurs) as you roam the world. Battles are turn-based with your party containing up to four people, each with their own skills and abilities. Using a grid, you move characters around so they are in range of an enemy to attack. Depending on their position, you can attack multiple enemies and even trigger other perks. In addition, certain special skills, like “pair skills”, can be used if specific characters are within the party at the same time.  As battles are won, characters skills will level up and new ones can also be obtained. Although the game does give you an environment akin to classic RPGs, the typical hardships are actually absent. There isn’t a great focus on grinding, any truly serious planning for character skill development, or huge challenges. Instead, the classic RPG elements like turn-based combat, obtaining skills, party management, and equipment customization are all present to be enjoyed in a very simplistic and seamless manner. While it might be a bore at time with its very basic mechanics, it’s doesn’t fall short in being straightforward, clear, and fluid. Nonetheless, you can adjust the difficulty for the game to make your adventure a bit more challenging if you desire. 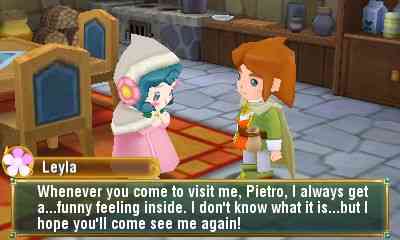 Farming, like the RPG elements, are meant to be enjoyed in a simplistic and seamless manner. It’s a watered down version of the in-depth farming present in Story of Seasons and can honestly be mostly ignored if you’re not interested in farming at all. It does aid in completing quests and earning some extra cash though. Nonetheless, for what the farming has to offer in the game, it’s still quite a nifty feature to play around with. You can grow plants, raise animals and use various tools to get a feel of farm life.

The game really sells on its visuals. Right from the get-go you have the option to have the outlines on characters traced black to stand out from the environment, or have them blend in by choosing not to have it. You also get the occasional anime cutscenes which are much more enjoyable than you would expect. Overall, the visuals in the game are colourful, bright, quirky, and full of warmth that anyone can easily come to adore. 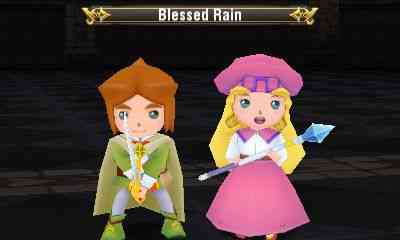 A surprise to me was the choices in audio, as there are three to choose from. As two are in Japanese and the third being in English, the game gives you the option as how you want the characters to be heard. Meanwhile, the music in the game is just as you would expect in a quirky fairytale-like environment that go hand-in-hand with the visuals.  All in all, it really does feel like a fairytale brought to life.

While this crossover may not have been foreseen here in the West, it’s a title that allows many to discover and learn about Popolocrois and Story of Seasons. Even though it doesn’t represent classic RPG or farming elements in an extensive way, it does allow both of them to shine in a very uniquely subtle and enjoyable fashion. While it may be too simplistic for some, Return to PoPoLoCrois: A Story of Seasons Fairytale is meant to be a light-hearted and mellow adventure. Regardless, it’s a charming, laidback, and enjoyable crossover on the 3DS that’ll feed your RPG and farming needs. 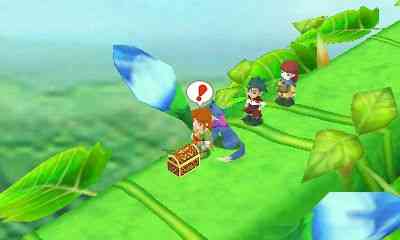 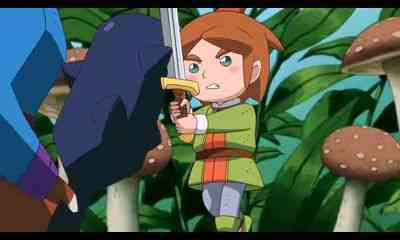 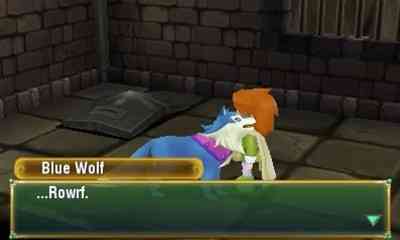 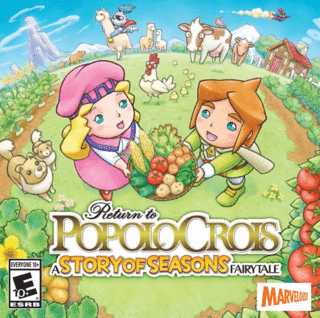 
Cris Tales Combines Anime and Disney in a Brilliant Way