Stones Unturned is Mafia III‘s second piece of story DLC following your favorite bad-ass sidekick Donovan as he crosses paths with some unwanted comrades from his past. Stones Unturned plays like Naughty Dog’s adventures with Donovan accompanying Lincoln throughout the adventure and providing some much needed comic relief. But what’s so special about Stones Unturned is its ability to become a different game altogether. This isn’t an open world RPG as the main campaign is; it’s a focused, linear adventure. And it’s all the better for it.

Lincoln and Donovan bust down doors, headshot mercenaries, and blow up cars using a .50cal turret throughout the DLC’s two hour long runtime – excluding the fun side missions that are introduced at the end. Having Donovan by your side makes for a livelier affair. No longer are you sneaking into compounds as a lone wolf, tasked to take down an entire operation by hook or by crook. Donovan’s inclusion makes the gameplay like Uncharted and The Last of Us, both in the accompanying banter between the pair and the actual physical help of distracting enemies so that Lincoln can assassinate them from behind. It almost feels like a buddy cop flick, and the chemistry between the pair is made for such an adventure. The campaign is a never ending rollercoaster, but it’s the brilliant dialogue that really elevates the experience.

“Donovan’s inclusion makes the gameplay like Uncharted and The Last of Us, both in the accompanying banter between the pair and the actual physical help of distracting enemies so that Lincoln can assassinate them from behind.”

Both the main game and the first DLC, Faster Baby, are some of the best examples of storytelling and, in particular, amazing characters in the medium. However, neither of them made me laugh and react as much as Stones Unturned and its downright gut-wrenching dialogue. There are a few moments that had me pause the game for minutes at a time before reeling myself in and marching forward. The team at Hangar 13 are able to craft such interesting and likable characters that immediately make you fall in love, and Stones Unturned is the best example of that.

And it’s not the only thing Stones Unturned does better than previous Mafia experiences. It’s also the most visually striking by a country mile. While I am not a big fan of Mafia III’s oil-painted look, Stones Unturned has several areas that made my jaw drop. Illuminated elevator shafts bursting with the red hue of service lights, abandoned buildings taken over by the green of nature, and the visceral remains of a crashed plane are just some of the gorgeous environments I came across in Stones Unturned. I think I spent more time taking in the sights than decapitating mercenaries.

And speaking of planes, Stones Unturned introduces an entirely new section of the map in the way of an island off the coast of the US. Besides featuring some of the best stealth sections I’ve ever played, it’s the sheer beauty of the island that that’s most impressive. It sort of caught me off-guard after moseying through New Bordeaux and its grey-brown setting, in complete contrast to the yellows, blues, and greens of the island. And the level design is equally as impeccable as it’s catered for a linear experience without having to worry about design decisions that will also effect an open-world setting. 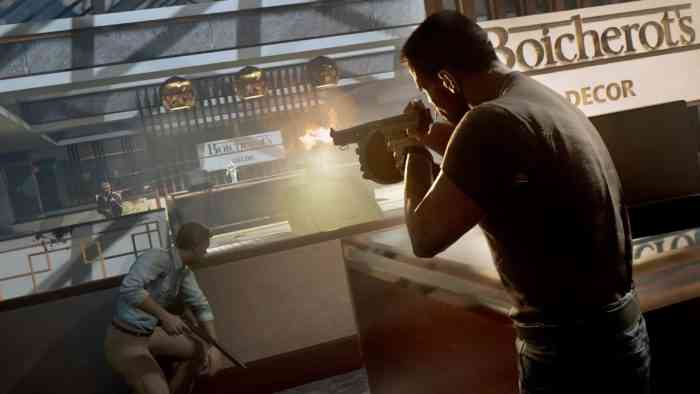 And after the main adventure comes to a close, players can take on bounty hunter missions with the always funny Marshall who accompanies Donovan throughout the campaign and provides sniper support via the weapon wheel. The missions are simple but it’s always fun interacting with Marshall and having to bring back some interesting characters. The first bounty hunter mission involves a man without too many clothes running around in the midst of dozens of protestors. And if that wasn’t enough, he’s a fair bit quicker than Lincoln so you have to come up with some interesting solutions to nab him and put him in your trunk. Just don’t run him over like I did while attempting to use the slow-motion ability in a car and trying to headshot him with a dart gun. Although I would challenge the game’s decision to make me restart the checkpoint because my bumper only slightly grazed his now broken hip.

“In its picturesque environments and linear nature, Stones Unturned is the peak of the Mafia III experience.”

In its picturesque environments and linear nature, Stones Unturned is the peak of the Mafia III experience. I’d always thought that the game would be more suited to the style of something like The Last of Us, and this second piece of story DLC proves that. Side quests and the RPG elements are not Mafia III’s strong suit. It’s the amazing cast of characters, high stakes missions, and polished, linear mission design that highlights the game’s qualities.

While I have several issues with the main game, if Hangar 13 can pull off a great experience with the third and final DLC, it will go a long way to patching up the main game’s flaws. Faster Baby and Stones Unturned have delivered different types of Mafia experiences, and that’s what makes them work as DLC’s. But I want more in the way of Stones Unturned, and that speaks volumes to its quality. Stones Unturned is one of the best experiences I’ve had all generation and it would have made Mafia III a serious game of the year contender had the rest of the game met these standards. 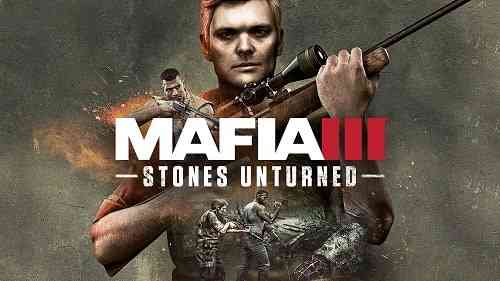