Oh look, another ‘Definitive Edition’ to add to the pile! As has been the trend since the release of the current generation of consoles, Capcom has joined the ranks with their extra polished version of DmC: Devil May Cry. A lot of tweaks have been made and new modes added but only the most hardcore of DmC fans will likely appreciate the new additions. More casual fans of the series (or those less skilled) will appreciate the extra shine but probably won’t notice much else in terms of change. For the purposes of this review I’ll tackle what’s new rather than dissecting the whole game ad nauseum. Feel free to check out our original review of DmC for the basics of the game *spoiler* IT’S REALLY GOOD.

When DmC: Devil May Cry was first released it breathed new life into a franchise that was undoubtedly losing a bit of steam. Long-time fans were rightly skeptical at a completely revamped Dante but in the end the game was very well received by many fans and critics alike. As minuses go, the biggest one seemed to be that despite the game being good it didn’t feel like a DmC game so some said it should have been nameed something different. In my books a good game is a good game regardless of the letters stamped on the box so it always struck me as a petty complaint. DmC retained the frenetic gameplay of its predecessors but modernized the look and feel of the game. Developer Ninja Theory also made it more accessible than ever before (much to the chagrin of DmC purists) by introducing a simpler combo system that relied on trigger pushes and single button presses to string together attacks. Of course that didn’t make the game easy, it still took immense skill to string together SSS style combos. A string of DLC followed its release which included new skins for Dante and his weapons, an item finder and orb collector, Dante’s Bloody Palace (101 waves of increasingly tougher enemies to fight through) and arguably its most popular piece of content, Vergil’s Downfall. In Vergil’s Downfall players were able to play as, well… Vergil, but the add-on ended up being criticized for not really adding much to the original game. For the most part it was a carbon copy of what players had already done in the game’s main campaign, albeit with a different character and different weapons. It was however, praised for having a fairly strong narrative and a unique noir/comic book presentation. 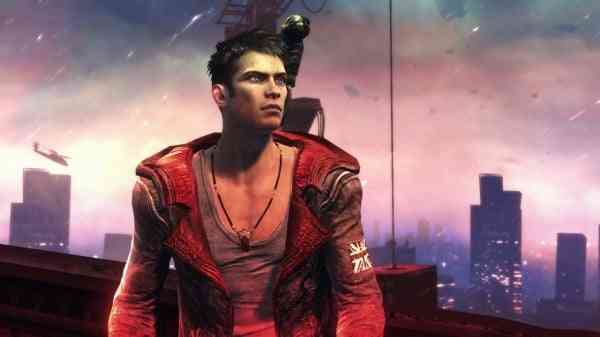 In the DmC Devil May Cry: Definitive Edition we see all these extra pieces of content packaged into a slick 1080p and 60fps graphical upgrade (yes for BOTH consoles). Also included are new higher difficulty modes, some new skins, some tweaks and balances from the previous release and most importantly the addition of Vergil’s Bloody Palace. Now as I mentioned before the only people who are truly going to appreciate most of these changes are the hardcore and highly skilled mega fans of the series. The new difficulty modes will send casual players off into rage quit territory with their proverbial tails between their legs. Vergil’s Bloody Palace, the alternative to the original game’s Dante’s Bloody Palace, starts out at a much higher difficulty level than Dante’s did and works up to the ‘Vergil Must Die’ difficulty. For someone who has never been highly skilled at pulling off massive combo strings I have to admit that I was no match for Vergil’s Bloody Palace… like at all.

Sadly, the new modes included all feel like tacked on additions that only a select few will truly enjoy and even that select few is unlikely to take advantage of them all. Turbo Mode increases the game’s speed 20%, Hardcore Mode makes it harder to style up and increases the rate in which your style meter drops. The difficulty modes added such as ‘Must Style Mode’ in which you have to rank up to S style before actually doing any damage and ‘Gods Must Die’ in which only a super human computer could succeed at are going to be completely ignored for the most part. I suppose though you could look at it with the mindset that there’s quite literally something for everyone, from casuals to hardcore, and that’s something not many games can truly lay claim to. The one addition that really helps out is the manual lock-on option (mappable to wherever you see fit, also completely removable) that allows you to target and tether to specific enemies making it easier to pull off devastating attacks.

“You’re getting a buttery smooth gameplay experience, gorgeous graphics… but by and large this is the exact same game you played back on your 360 or PS3.”

For posterity’s sake I made sure to pop my 360 copy of DmC into the machine so I could gauge the graphical differences from original to definitive. There’s no question that everything from the textures to cinematics to the character animations look amazing. The parallel dimension of Limbo, the place where all of your action tends to take place, is stunning and it all flows much smoother than it did last generation. Frankly, this is to be expected given the hardware upgrades and I almost consider it a moot point. Do the graphics look better? WELL YEAH… OBVIOUSLY.

I know that this is mentioned in our previous review of the game but of special note truly is the game’s soundtrack. Heavy bass beats courtesy of the legendary drum n’ bass/breakbeat/dubstep trio Noisia are perfectly suited to the action as are the aggrotech stylings of the soundtrack’s second collaborator, Combichrist. The music was a standout for me when I played the game last generation and nothing has changed this time around. 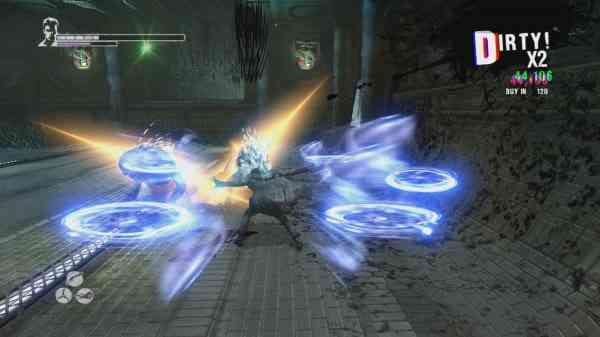 As a ‘Definitive Edition’ you’re getting a buttery smooth gameplay experience, gorgeous graphics and all the extra bells and whistles from DLC to new modes and more but by and large this is the exact same game you played back on your 360 or PS3. The key question to ask yourself is if this new package is worth buying the game again, to which I’d say no it truly isn’t. On the other hand if you skipped it last generation is it worth picking up to enjoy this time around? It certainly is. Capcom is taking a smart approach to the release by not charging full price so at $39.99 it’s more inclined to sell much better. Most importantly, at that price it doesn’t feel like you’re getting ripped off.

*** Reviewed on Xbox One, code provided by publisher ***