First things first, giant robots are cool as heck. Now, combine mecha units and the opportunity to completely customize how you would like and throw them onto a race track, we get a Wipeout and F-Zero hybrid called Break Arts II. Break Arts II began as a mobile game by the Japanese developer, Mercury Studios. The original Break Arts for mobile devices introduced slick gameplay with an opportunity to customize your unit; however, the customization was not quite as in-depth. Now that Break Arts II has been released, we are introduced to updated gameplay as well as beautiful graphics and a customization menu that will blow you away.

Create and decimate. As an Artist, you have full range to create the mecha of your dreams to take out on the tracks to see if your unit has what it takes damage enemy units, dodge incoming attacks, and to win the race. Much like the original mobile game, Break Arts II handles acceleration automatically, leaving the Artists to handle steering, boosting, weapon usage and a new feature known as “side boost” that moves your mecha slightly to the side. Unfortunately, using the side boost feature wasn’t something that I was able to effectively utilize in my races but I do understand how, if used appropriately, they can be a great means of winning.

As a keyboard and mouse user, with Break Arts II’s fast-paced gameplay and auto acceleration, it was incredibly hard to control my unit as I found that I could not determine how much speed I wanted to employ. In no way am I a racing game expert; however, I have played my fair share and I felt I had spent way more time being damaged or slowed down than in other games. As of the writing of this review, there is no key binding and with a less-than-effective tutorial, I found this to be a bit frustrating going into races. Using a gamepad certainly worked a lot better and felt somewhat easier to control, but I would have still preferred being able to customize the controls in a way that made sense to me. 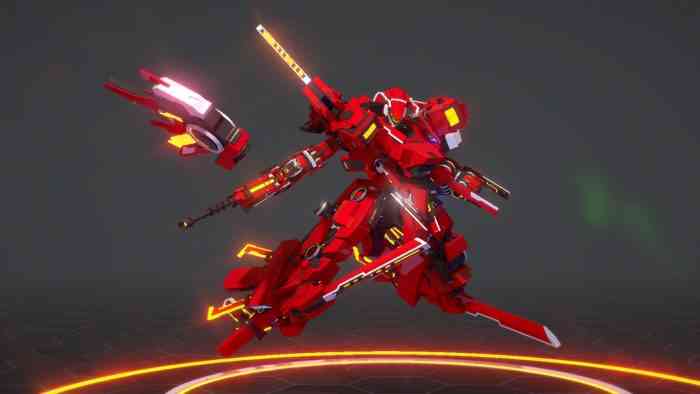 For any Mecha fanboys and girls out there who dream of nothing more than to build your own robot, this is absolutely the game for you. To get acquainted with the game, Artists can choose from a handful of preset robots that offer the players different play styles whether you want something with more speed or less speed for easier control, a higher damage output with less armor or vice versa. Once you have a few races under your belt, or if you feel like jumping right into the customization, you have the option to completely build your robot from scratch. As you play on, additional parts will eventually become unlocked as you complete your races. Each part that you can select will affect the performance of the final design, including weapon damage, maneuverability, boost energy, and acceleration. There is a ton of features that you can tinker around with, and you can create whatever your heart desires.

As you play through Break Arts II, you have the option of playing either in a solo story mode, time attack mode or online. Unfortunately, I never had the chance to play any online matches as it seemed that there were no players ever actively online. Was I just missing my opportunities to match with other players? Quite possibly so and I really hope that this is the case. Despite the clunky controls, the racing portion is quite exhilarating as the tracks are designed well and the theme of the race tracks are very futuristic and attractive. The added upbeat background music really brings this all together.

That being said, my biggest gripe with the game is the enemy mechs that you will be racing against. For a game that boasts the in-depth customization that it offers, I was sorely disappointed when the units I raced against were merely replaced with speeding diamonds. I’m unsure if the reason for this design choice is merely for solo races and if playing online will be different, but it seems like a step down as part of the fun is seeing the enemy units and how they are designed. The only time you get to see the full mechanics of another robot is during the final play screen that displays the top 3 units of the race.

All in all, Break Arts II is a dream come true for any fans who have big ideas and want to create their own robotic units, as the customization has incredible possibilities. My hopes for this game are that the online community will become more active, the developers consider adding custom keybinding in the options, and possibly updating the in-game models of the enemy units to have them appear as they were built instead of racing little diamonds. 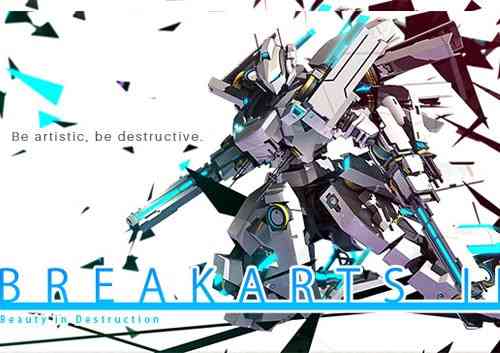