I was an early supporter of the first Blackguards. While it didn’t turn out to be quite what I wanted, the end result was still a lot of fun and had a neat story with some memorable characters. As a huge tactics fan, the gameplay was interesting but needed some obvious tweaking that Daedalic was made well aware of by the community. Well, with the second iteration in the franchise they’ve promised to fix those initial mistakes and deliver a better, more complete package this time around. After careful deliberation and many hours of play, I have to admit that they have.

Don’t get me wrong, there are still some bugs present and a few minor changes I’d make, but overall the game really has improved. Expect more enemies, better combat, an interesting army system, and even more party versatility thanks to the mercenaries you can usually bring into battle. Fans of the original game can expect to see a lot of return characters as this one takes place just a few years after the events of the first Blackguards. Players take control of Cassia, betrayed by her husband and left to die. She must gather her old friends, raise an army, and take back her kingdom. Along the way you’ll be given dialogue choices that actually make some difference, and the interrogation system is simple but effective when you’ve captured prisoners. 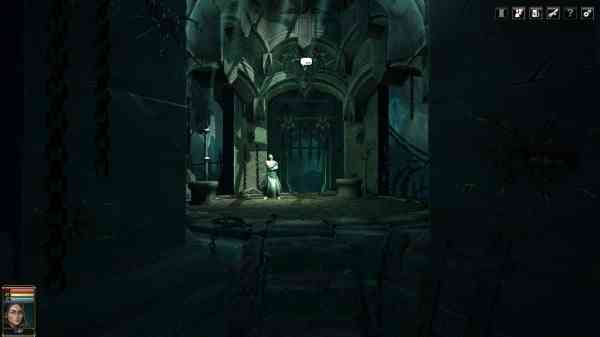 Probably the biggest change would be mercenaries and the way you take control of the map. Instead of an adventure and an open map that you slowly unfurl, you’re shown the land that you must now conquer. Each city or landmark gives your camp or troops a bonus, and has a difficulty indicator next to it. Sometimes it seems pretty obvious to just go for the lower difficulty areas first, but occasionally you’ll find yourself really wanting that bonus to archer mercenaries, or the possibility of great new items being available in the shop.

This brings us to the mercenary system, which I really, really liked. After you’ve completed the first bit of the game and have the map open, you can bring soldiers from your camp into battle with you. This is usually limited to two, but it varies depending on the map. You can select from a base of archer, spearman, and swordsman but later unlock other classes as well like the battle mage. You then upgrade these troops’ abilities and equipment by taking over other parts of the map. You can gain inherent bonuses too, like resistances. The best part about this is it allows you to really make your characters whatever you want. Sometimes I just didn’t want an archer in my main party, so I’d just bring a couple archer mercenaries. It worked exceptionally well early on, before you’ve really fleshed out your party. This combined with the ability to place your party members as you wish when going into combat already had me won over and happy with how things turned out.

Visually you can expect more of the same. When maxed out, Blackguards looks pretty nice but it won’t blow your socks off. The effects do look pretty cool though, and I’m a big fan of the monsters and character design. The art direction on a whole is solid and has fit the world/lore since day one. While the game wasn’t too demanding normally, there were one or two maps where my framerate dropped significantly and I really couldn’t figure out why. Aside from those trouble areas though, you should be fine with a decent rig and can always just turn down the settings for a couple battles if you have to. 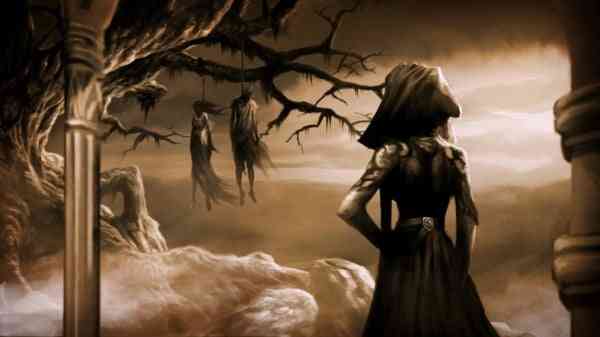 While I was largely impressed and happy with the improvements, I think Blackguards 2 still needs a bit of work unless there’s a day 1 patch. Luckily with today’s standards, that seems pretty likely, but it always annoys me a tad when games are released with patches in mind to save them. Currently there are a couple minor issues I found that are easily bypassed, but can really piss you off. The biggest one is probably the bug regarding the Take All button after a battle is won. Unless you see this addressed in patch notes, don’t touch this button, EVER. The game just hangs in limbo, leaving you stuck watching your characters idling on the battlefield. There were a few times when I would need to retry a fight, only to then forget and stall the game. The other bug was pretty minor but it confused the hell out of me at first. Basically, I got out of the starting town before I had grabbed all my party members and completed the tutorial, only to find myself on the world map. I was then unable to go into battle because I was one party member short, but I couldn’t figure it out for the life of me. I was still getting tutorial messages so I had no idea what I’d done wrong and spent probably close to twenty minutes trying everything I could think of to start the next battle.

When you consider buying Blackguards 2, there are three questions you need to ask yourself. Do you enjoy tactics RPGs? Do you like an interesting high-fantasy story? Do you have hours and hours to sink into a new game? If you answered yes to any of these, then I’d definitely recommend checking out not only Blackguards 2 but its predecessor as well. Daedalic has done a great job at actually listening to the community to help improve their product, and I’m really happy to see what they’ve done. You’re not going to get blown away, but you’ll certainly be left with some fond memories and a solid experience.