Christmas time has brought an unexpected gift this year in the form of a bounty of nerdtastic (that’s a word, right?) trailers. First was the fantastic Captain America: Civil War trailer and then the underwhelming Batman v Superman: Dawn of Justice. Now we have been blessed with the new X-Men trailer for their very highly touted debut of Apocalypse.

Do we need to go through the set up of this? It’s Apocalypse, he’s come to end the human world and he’s bringing his Four Horsemen to help him. This is pretty much all the summary we need.

Since it’s the first trailer, it delivers us a ton of information. It also sets us up and straps us in for what looks like an incredible thrill ride. There’s introductions abounding with our first glimpses of this movie universe’s Jean Grey, Storm, Cyclops, Nightcrawler and Jubilee who all look fantastic! We also get our first look at Apocalypse himself, kind of, as Singer does a great job of keeping him obscured for pretty well the whole trailer while still showing us what he’s capable of. There’s already lots of backlash about Apocalypse’s appearance, but that seems to be coming mostly from a group of people who don’t believe in artistic interpretation and only want to see the same one character design over and over again. 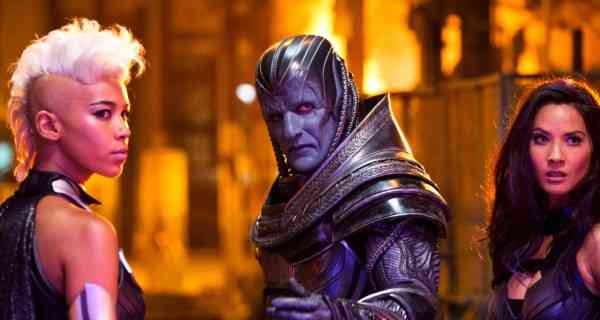 But the hits and surprises don’t stop there. There’s the reveal of the Four Horsemen and it’s a doozy! Psylocke seems like an interesting choice for one of the Horsemen despite being a call back to the comics, but I assume her role will be more like a bodyguard for En Sabah Nur, mainly because the rest of the Horsemen are going to bring the world to its knees. Archangel looks incredible and had me clapping my hands like an excited kindergartner. But the choice that I couldn’t help but love was having both Storm and Magneto as the other two Horsemen. They’re great choices because neither of them have been Horsemen in the comics but also because of how it effects their characters. Storm is great because she’s one of the best X-Men and a staunch defender of humanity. So having her introduced as a Horseman flies in the face of everything we know about Storm as a character and it’s a great shake up. With Magneto, they’ve been doing this ‘villain, but not really’ dance with him since Fassbender came on board but bringing him onboard as a Horseman takes that conversation off the table. But let’s not forget the most important reason the two of them being Horsemen is awesome – they’re incredibly powerful mutants and it is going to hit the fan!

Which brings us to other big surprise from the trailer. Charles is going to have his hands full as he tries to battle Apocalypse and I’m sure he’s not going to be happy about Erik being taken as a Horseman. So, it was a bit of surprise to see that Raven has returned to the fold and is looking like she’s leading the new young mutants in the fight against Apocalypse! Of course she would take Magneto’s capture personally and teaming up with Xavier and his X-Men all makes sense. However, seeing the leader role she’s assuming in the trailer is certainly a different turn. Maybe it’s because they have the incredibly talented and popular Jennifer Lawrence on board and they decided to give her a big role but whatever the reasons, it looks like Mystique is going to be a major factor in this movie. 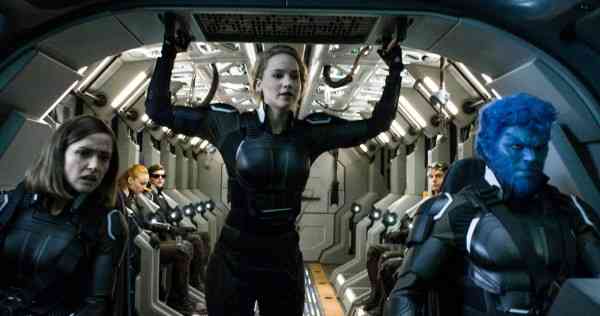 X-Men: Apocalypse is showing us how to do a reveal trailer right. It focused on building tension, showing fan favourite characters and hitting us with a balance of story and action. The uninitiated know who Apocalypse is, we got to see who his Horsemen are and we got the stakes of the film very clearly laid out for us. We also got a glimpse of Apocalypse, his powers and the absolute mayhem and scope of the destruction he will be wreaking in the film. Bryan Singer’s X-Men films have all been fantastic and this one looks like it’s going to be no different. Pretty much when they said ‘Apocalypse’, Fox had my money, but this looks like it’s going to be a great one and my excitement level has now gone through the roof! Memorial Day can’t come soon enough.

Thought I was going to leave without mentioning the final big reveal, didn’t you? I just wanted to talk about it just like they showed it in the trailer. We finally got to see McAvoy look like the Xavier we all know and his transition into Patrick Stewart is pretty much complete at this point. The reasons that this happens are still unclear as McAvoy seemed to have hair throughout the trailer, but this is just another reason for me to see it. Do you think it’s too early to buy my tickets yet?