Kicking off about the same time as the movie’s premier, The Amazing Spider-Man was released on most modern game consoles. Given that I had a chance to try out the PlayStation 3 version of the game prior to playing and reviewing the Wii version, I had certain expectations. For as long as I can remember, I have gladly taken every opportunity to swing around Manhattan as Spider-Man in his many video game iterations. This time around in the Wii version of The Amazing Spider-Man, the designers threw a few curve balls at us with some unexpected changes from the bigger console versions.

The Amazing Spider-Man begins with a drawn-out intro in which you loosely control Peter Parker from a first-person perspective as he sneaks into Oscorp. This scene lays out the basis of the game’s story. If you have any previous knowledge of Spider-man, you’ll know that you play as Peter Parker, the young student who obtains the abilities of a spider and becomes a superhero. The lore and the back-story contain no surprises.  It is important to note that the game does inevitably contain spoilers corresponding to the movie, but that is to be expected. As Peter Parker, and his superhero alter ego Spider-Man, you end up fighting Oscorp’s evil plans, which involve experiments on monsters called “cross-species.” As an additional sucker punch, Peter himself is considered a cross-species by the Oscorp robots. No doubt about it, Peter has his work cut out for him. Breaking a monster out of a mental facility to help in your mission doesn’t always provide a hero with the best public image either.

Beyond the initial few missions, you end up using an apartment as your home base. You select missions from a board, and you occasionally get a phone call and are able to speak to Dr. Connors. As mentioned earlier, having played the PlayStation 3 version of this game I enjoyed much of what it had to offer. The opportunities to web swing around Manhattan in between missions on the PS3 were most welcome and enjoyable. Unlike the Xbox 360 or PS3 versions of this game, the Wii version excludes all free-roaming, citywide web slinging. I found myself pretty much locked into alleyways and science labs this time around as opposed to freedom of the PS3 version. This was a big disappointment for me as the free-roaming aspects of a Spider-Man game are always really exciting. On top of that, the Wii version’s web-slinging is fairly lackluster, providing a fairly disappointing web-slinging experience. Spider-man rarely releases the web thread he creates while swinging about. This takes away any sense of flight. During those very rare time when you are able to exit out of the massive buildings and into the city, you are trapped in a big invisible box with zero freedom. Simply put, I feel that players will naturally want to explore what the city should have to offer, and the fact that they removed any option of being able to do this in a Spider-Man game seems like a very poor design choice.

Continuing on about the feel of the web-slinging, you don’t have to worry about flailing the Wii Remote every time you want to swing. It’s a single button press in whatever direction that you want, an this will get you where you want to go. The in-game camera has occasional fits now and then, and because of this using the Wii Remote and Nunchuk together is not preferred. The game’s control layout uses the minus button to center the camera, which is awkward to reach. The Amazing Spider Man supports the Classic Controller and this is definitely the best option available.

At its core, this is a basic beat-em-up game. The combat seems to have taken some ideas from the latest Batman Arkham games. If there is ever a game that one should mirror at parts of, the Batman games are an excellent choice. Much like in Batman, you can upgrade and purchase new abilities with experience points, which does give the game a little bit more depth and variety. There are also little side-quests like taking pictures, but the side-quests really don’t offer enough to hold ones attention very long. A unique and interesting mechanic in the game is a feature called the Web Rush. Web Rush provides players with a slowed down perspective on a situation. You can then pick a destination and then quickly move there or perform an action like a surprise attack. As with The Amazing Spider-Man’s alternative versions, it does not support any form of multiplayer. As far as difficulty goes, the Amazing Spider-Man provides players with three difficulty choices when beginning a new game. This is a nice feature that helps to reach a broader audience. The visuals found in this game are very disappointing. Unfortunately they have received little attention and it was clear to me that this is a trimmed down port of the HD versions after all is said and done. Sparse backgrounds are frequently seen, and the shadows and lighting leave much to be desired even as far as Wii standards go. The Spider-Man model stands out as a well-textured and detailed, but it would seem as though not much work went into other portions of the game’s visuals. This less than appealing visual experience left me confused as the 2008 Wii release of Spider-Man: Web of Shadows supported far better visuals, which came out three and a half years ago. I couldn’t help but feel cheated out of what could have been a much better experience had the visuals received more attention.

The game’s audio holds it own. Even without the movie actors lending their voices to the game the voice doubles pull their weight and do a fine job. The music sets the mood for players with an appropriate sense in each of the games different stages. The usual Spider-Man humor is still maintained throughout the game too and this will please fans.

The Amazing Spider-Man for the Wii is a very average game. The gameplay can be enjoyable when the camera behaves, and the story is exciting to be a part of, unfortunately the graphics really pull down the experience. The fact that you are so limited in your exploration was a huge surprise. If given the option, you’re better off picking up a copy of this game on the Xbox 360 or PlayStation 3. That being said, if you’re a big Spidey fan and only have the Wii at home, you could do worse. 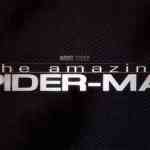 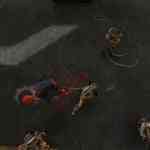 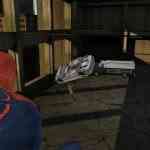 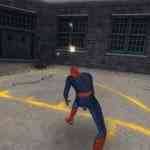 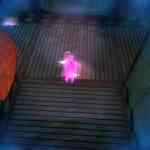