When my Editor-In-Chief asked me to review Sports Champions 2 my very first thought was “why”?  The original Sport Champions had some neat events, such as Frisbee golf, the game as a whole was essentially a tech demo for the PlayStation Move at best.  With generic characters and lackluster gameplay, save for bocce and disc golf, I can’t say that I really expected a sequel. So is Sports Champions 2 a shot at redemption?  Another hope to showcase the Move’s precision?  Read on and find out.

Both my Kinect and Move collect more than their fair share of dust.  Since I don’t play using the Move all that much, playing Sports Champions 2 certainly reminds me of how impressed I am with its precision. Sports Champions 2 comes with 6 “new” sports to play: boxing, archery, skiing, bowling, golf and tennis.  Most of the sports have the option of using one or two Move controllers.  The game does not require the Navigation controller.

An issue right from the get go is that there is really nothing here that has not been done before.  In the first Sports Champions at least you had unique activities like bocce and disc golf, which I mentioned earlier were really the only highlights.  In Sports Champions 2 you have activities like bowling and archery that have not only been done several times before but there are full Move enabled games available for some of these sports.  There is a distinct lack of originality here. Sports Champions 2 has a character creation tool that is decent by today’s standards in terms of depth of customizability.  One of the things I really didn’t like about the first Sports Champions was the laughable stereotyping of the characters, so I appreciate the effort to allow players a deeper experience when customizing their character.  There is no importing your own likeness as there is in a game like Tiger Woods but the customization is deep enough to tailor not just your character’s look but also animations and sounds.  The problem is that despite this customization characters lack any true sense of personality.  More on that later.

There are three modes to play including a Free Play mode, where you can jump in to any sport, and Cup Play, where you can face off against increasingly difficult AI competitors.  Along the way different conditions for victory and challenges add variety to each sport.  Rewards are unlocked as you progress through the different Cup levels.  New to the Sports Champions franchise is the third mode called Party Play.  This allows players to set up local-play tournaments with their own combination of events.  If you only have one controller there is an option for players to share.  Definitely not something unique but still a nice touch.  True to its name, this mode is designed for when you have friends or family over.  While not a new feature by any means, daring players can take photos of themselves, with superimposed equipment such as bows included, and post them to Facebook.  It is a good social element and always good for a laugh.

Despite my criticisms, what Sports Champions 2 does have going for it is its simplicity.  A really quick learning curve and not having to constantly re-calibrate the controllers result in a game that is quite accessible for people of many abilities and ages.  Something that I really like is that the motion controls don’t tax you physically like some other games do.  I play games to relax and like to prefer to keep my fitness outside of the gaming realm.  While many Kinect games have you jumping up and down, the motions for controlling each activity in Sports Champions 2 with the PS Move are basic enough that anyone of any age can do them without strain while still offering enough precision to impress.  Skiing, for example, doesn’t task you with having to stay in a crouch or squat to pick up speed as you can stand up straight and just point the controllers forwards to tuck and backwards to slow down.  The one caveat to this is boxing.  Even though there is some strategy to blocking, countering and throwing the right punch, matches devolve into a flurry of stamina-killing wild punches.  This might make for fun times with a group but I quickly tired of it playing alone. The graphics in Sports Champions 2 are functional but they seem pretty uninspired.  While the framerate is steady, textures are very bland, characters lack detail, and animations do just enough to be functional.  Mediocre effects like trails behind tennis balls, blowing snow during skiing, and sparks when you land a big punch in boxing fail to add any impact.  On the positive side there are plenty of environmental options to choose from to keep events fresh.  For example, there are three different locales to ski in with various options for course length and the inclusion of day or night conditions.  The casual player that is seeing this type of game for the first time might not complain but there is a ton of room for improvement.

Straight from the “what-were-they-thinking” department, the characters in Sports Champions 2 make some of the most ridiculous sounds that I have heard in quite sometime.  Not to confuse this with voice acting, characters make ridiculous harrumphs and guttural guffaws after events and these sounds sap them from any real individuality.  It comes off cheesy, sort of like someone that is more concerned about what they bench press than anything else.  In regards to the soundtrack, it has a sort of Olympic feel to it and eventually fades into white noise that you don’t really notice when playing.

What Sports Champions 2 lacks in visuals, sound and originality is balanced for the most part by its accessibility; however, the end result is an entirely average experience.  The choice of sports is questionable with many events having been done before in other games, even for the PS Move.  For that reason alone hardcore gamers, or those who have played other motion sports game compilations, might not find much here.  That being said, there is some definite appeal for those looking for a party game with a sports theme to play with friends and family, just don’t expect wowed by its presentation.  At the end of the day if Sports Champions 2 was not as accessible as it is it would have scored much lower. 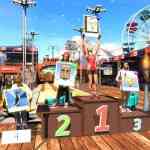 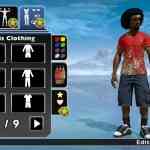 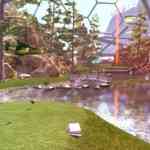 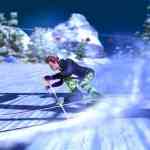 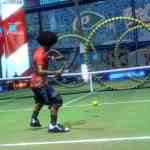 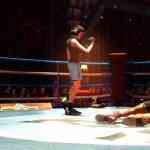 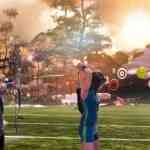 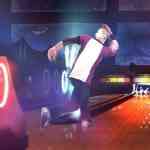