All alone on a deserted island, a man battles his increasingly thin grip on reality in an attempt to stay sane. Sounds like a set up for a Christopher Nolan movie, probably starring Leonardo DiCaprio. The truth is, sadly, much more terrifying. Should you attempt to scale Montague’s Mount?

When I initially sat down with Montague’s Mount, I was genuinely interested. It promises thrills, exploration, and an engrossing story line, all wrapped up in a painfully stylish art style. It delivers on none of these promises.

I struggled with this review. I like to give credit where it is due, and give praise for solid ideas even when execution is flawed. Even in poor games I can usually find some thin thread of quality to cling to, but Montague’s Mount is half-baked and/or botched all the way round. 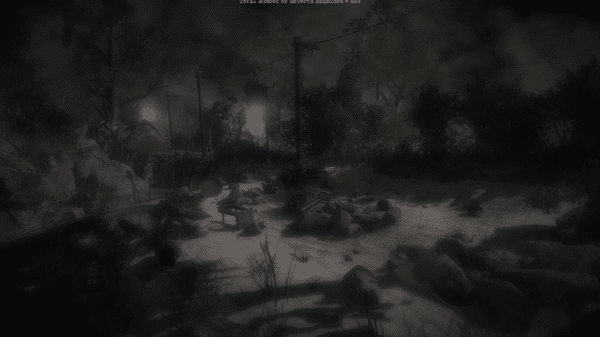 Let’s begin with the story. A game like this, lacking combat or much in the way of gameplay mechanics must invariably lean on its story telling. Gone Home, The Stanley Parable, and Beyond: Two Souls all put story telling ahead of gameplay successfully. Montague’s Mount does not. I felt very little connection to the character, and very few of the questions I had as I played ended up getting answered. To all whom it may concern: telling the player that there will be a sequel is great, but this does not excuse you from providing any sort of resolution. I mean, even The Empire Strikes Back managed to wrap up in a satisfying manner. No excuse.

Montague’s Mount is billed by developer PolyPusher as a psychological roller coaster, but contains neither rolling or coasting. You’re injured badly in the opening scene of the game, forcing you to deal with realistic but brutally irritating movement speed throughout the experience. I’m all for immersion in a game environment, but the game’s design makes this an exercise in hair-pulling.

Basically, this is a puzzle game: a vague, unsatisfying, obtusely designed puzzle game. I spent an inordinate amount of time limping around the island, scouring the ground for some obscure item I had previously missed. The stark black and white art style looks good, but the high contrast and film grain make it easy to miss points of interest that should be obvious, and even tougher to read some in game text. 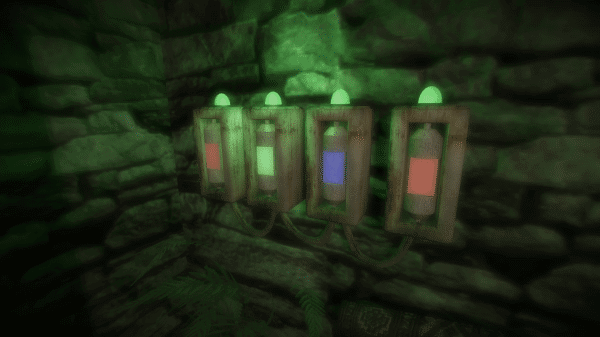 Even puzzle fans will find their patience tested by Montague’s puzzles. Early on, one puzzle requires you to A) figure out that an ocean beacon is flashing morse code B) learn morse code C) decipher the message using a pen and paper D) use the message to unlock a colour coded lock. To me, that’s the exact opposite of a roller coaster.

Other design decisions make the game feel unfinished. A certain puzzle requires you to gather candles, but only the specific ones the game wants you to. Nope, that room chock full of candles won’t work for you. The developer also champions the integration of the Irish language into the game – but nothing of interest really comes of it. Signs and locations have Gaelic, but are promptly translated into English… and that’s it.

As I mentioned, the aesthetic of the game would be a bright spot if it didn’t critically interfere with the gameplay. From a technical standpoint, everything looks nice, and the atmosphere would be successful if the gameplay suited it. The music supports that creepy aesthetic – it’s tragic that the world is so sorely misused.

I was expecting (and hoping for) a spooky and atmospheric thrill ride, but instead got an ill conceived and unpolished first person puzzle game. The story is weak, the puzzles unintuitive, and the experience wholly unsatisfying. Explorers would be better served travelling back in time and playing Myst, or picking up one of the games I mentioned above. Steer clear of this one.

Next Defense Technica (PC) Review – They Say it’s an Evolution of the Genre, but We Don’t Think So
Previous Steelseries Siberia V2 Cross Platform Headset Review – A Fair Price Can Equate to Good Sound