Beyond: Two Souls (PS3) Review – How Lifelike Can a Game be?

After completing Beyond: Two Souls, my biggest question has been how to define it. Is it a game? Is it a choose-your-own adventure? Would it have been better as a movie? Creative director David Cage has referred to it as an “interactive drama” and that’s probably the best way to describe it. I sort of knew what to expect having played Heavy Rain but even though I went into the game knowing Beyond would be different than any previous game experience I’ve had I couldn’t help but feel there was something missing. The developers have said they tried to make Beyond an imitation of life, and while they achieve some incredible feats I just didn’t feel completely satisfied in the end.

Quantic Dream chose to not reveal many details regarding storyline, which makes sense since a game like this where there are multiple outcomes can’t really be summarized concisely. I will obviously keep this spoiler free, but since there are so many different endings I don’t even think it would be possible to have the game totally spoiled anyways. The game chronicles the life of Jodie Holmes, played by Ellen Page, through the age of 8 to 23. Since birth she has had a connection with Aiden, a disembodied invisible entity that has the ability to move through barriers and interact with the environment. Jodie is the only playable character but you toggle between playing as her or as Aiden by pressing triangle. Beyond can also be played in co-op where the second player controls Aiden. Quantic Dream allows gamers the option to use a touch device like an iPad or smartphone instead of a Dualshock controller. I can’t think of any other game that has utilized something like this, but by doing so they have extended the game’s appeal to non-gamers who may not be familiar with a conventional controller. I played through the game solo but I think there would be an interesting dynamic having someone else control Aiden since they may have made choices that would alter the game for me as they make choices I may not when playing by myself. 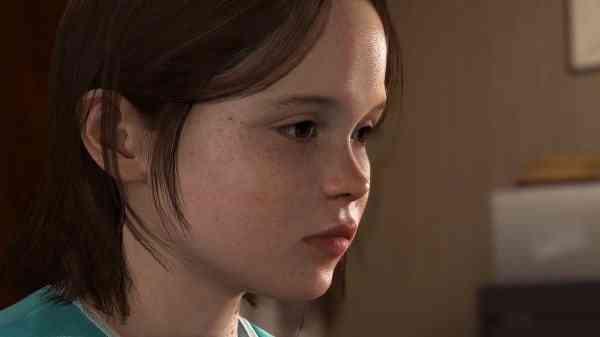 The ability to play two characters that are tethered so closely is one of the most interesting features of Beyone as there are sections where it is obviously necessary to use Aiden while other sections allow you to do what you want with him. The relationship between Aiden and Jodie is not always very clear and is mostly left open to interpretation. The game is told in chapters that are not in chronological order, so it takes a while to discover the history between Jodie and this unknown being, but it worked well to slowly develop the storyline. Each chapter reveals a layer in their relationship and how it has affected Jodie’s life. Beyond brings you closer to a character than any other game has before and presents you with a huge scope of experiences and emotions, which simultaneously achieves something no other game has while distancing itself further from the definition of a video game.

There are many supernatural elements to Beyond that have to be embraced with an open mind. The developers definitely aimed to question the one’s beliefs by incorporating this connection to the “infraworld” and Cage said players might be able to gain a better understanding of “what lies beyond” after playing the game. I didn’t quite get that experience but that’s something that would depend on the person playing. I love stories that are layered and open to interpretation, but with Beyond I got the feeling that I was being pushed into trying to grasp a deeper meaning of life and death and the point of our existence. It didn’t come naturally to me and I was distractingly aware of the game’s desire to make me question all of these huge themes that they wanted me to discover. I just thought the substance wasn’t there.

Storyline aside, the gameplay is spectacular. Heavy Rain has some of the most original mechanics ever seen in a game before, so it was a surprise when Quantic Dream announced they were developing a new engine for Beyond. The studio is currently working on a PS4 title; so part of the reason why they chose to create a new engine for Beyond is because of their ability to work with next-gen technology. I could hear my current PS3 system chugging along to keep up with the games visual demands. It is by far the most realistic gameplay available on current-gen systems and makes me excited to think of what next-gen will be able to achieve in a couple years. 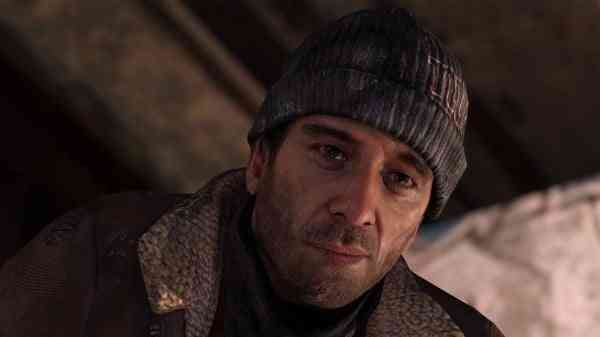 While the graphics on the whole were very impressive Quantic Dream really shows off with the subtleties of the character’s expressions and movements. Subtlety is usually not a word used to describe a video game, but in Beyond the detail is in every part of the character’s face. It definitely contributed to the emotional connection and feeling that I was living through the character and feeling her emotions. Jodie could respond to every change or choice I made for her and the surrounding characters would alter their interaction with her as a result. The actions were very fluid and intuitive, and even though I was aware I had the ability to change the course of the storyline it was very organic as it lacked the on-screen prompts seen in many other choice-based narratives. The range of motions and expressions of each character is incredible and are really highlighted in the combat sequences as a missed punch or poorly timed duck flowed effortlessly into a new action.

One thing that really stood out to me was the incredible texture that was brought to life. Dirt and pores were visible on every character’s face and the clothing looked and moved almost exactly how they would in real life. This was also the first time I have ever felt truly attracted to a video game character, as Eric Winter’s Ryan Clayton was a treat for the eyes as he managed to convey charm and warmth with his expressions. There may have even been a few scenes where I found myself blushing under the intensity of his virtual gaze. There was definitely no disappointment for me visually and there were many scenes where I had to remind myself I was playing a video game. I couldn’t help but marvel at the achievements the industry has accomplished during the length of the current-gen consoles.

When Beyond was first announced not much information was given other than the fact that two Oscar nominated actors, Ellen Page and Willem Dafoe, would be lending their vocal talents to the game. Juno and the Green Goblin are voice acting for a video game? When did that happen? These are two fantastic and successful Hollywood actors and their type aren’t generally known for crossing into video game territory. I have a huge respect for voice actors and I appreciate that without the amazing talents we wouldn’t have many games nowhere near as good as they are. In regards to Beyond, I think many people would agree it was an unexpected announcement to feature such well respected film actors in video game roles completely unrelated to a movie tie-in. I hope this will be a step towards the marriage of the video game and film industries as video games have long surpassed films as the most valuable entertainment industry and the level of acting and storytelling in games is only getting better. 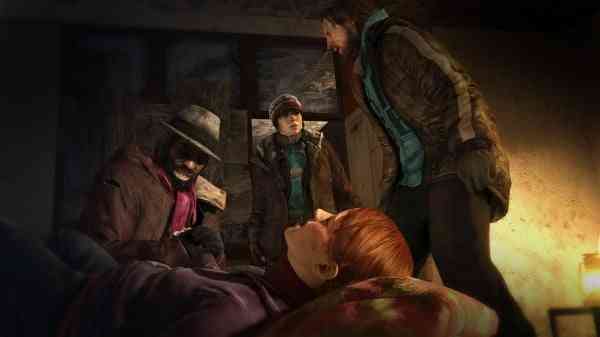 Overall the delivery of the dialogue was solid by all the major characters. There were some really nice moments but there were also some ‘cringey’ spots of writing that I could have done without. Evolving techniques for motion capture have given voice acting a lot more depth so instead of standing in a booth reading their dialogue, actors are now able to perform their character’s actions while saying their lines. This was proven to outstanding effect with Troy Baker and Ashley Johnson in The Last of Us, which is probably my choice for best voice acting in a game ever. I didn’t feel that Beyond quite reached that standard and that may have been due in part to having two film actors provide the voice work. From what I’ve seen of behind the scenes videos most of the voice work was done during motion capture so I don’t know why I felt some scenes seemed to lack a connection between the characters.

I liked Beyond: Two Souls. It was a nice 10 hour storytelling experience and it really impressed me with the technology that is available to create these “interactive dramas.” I think my main problem is that it tried to be too many things. It wanted to tell this emotional story of Jodie’s life but it also brought up many themes about life and death and supernatural forces that seemed a bit forced at times. It tried hard to not be a video game in many ways, but yet it puts you in some very video game like scenarios. I am a fan of choice-based narratives and I thought Heavy Rain was a groundbreaking achievement in interactive storytelling; for the first time I was given the ability to see the consequences of my actions unfold as the story progressed. I was able to feel the weight of my decisions as I made them and many times regretted the paths I had chosen. While I was still given the ability to make choices in Beyond, I didn’t feel they had the same importance to them. The level of thrill and urgency just wasn’t there and after I finished the game I didn’t feel the instant desire to know what could have happened differently. I’m still curious to know what other paths could have been taken but I don’t think I would play through it again to get a different result. I’m looking forward to discussing this once it’s been released because I think it will affect everyone differently on an emotional level. It’s a subtle, introspective look into the life of an interesting character but there wasn’t enough substance to really captivate me.

Cage says he believes Beyond: Two Souls should be played once so I wouldn’t classify this as a need-to-own game, but I would say it should be experienced even if it’s only for a few hours. It is an ambitious attempt to push the boundaries of what can be considered a video game but at the end of the day all I got out of it was thinking I don’t want to play video games that try to be imitations of life. I hope that strong characters and thoughtful story lines continue in future releases but Beyond pushed itself too far away from the normal game conventions that I enjoy when I play a video game. I love books and movies just as much as I love games and I don’t necessarily feel there needs to be a movement to try and blur the lines that separate the different mediums of storytelling. There’s always room for innovation, and I know in the future that games will continue to achieve things I didn’t think were possible, but Beyond didn’t hit the points I needed to really be impressed, especially when the bar has already been set high by other narrative-driven games.