Last summer, Hitman: Agent 47, the second Hitman film based on the popular game series, landed on the big screens as yet another in a long line of game to film adaptations. Like many adaptations before it, Agent 47 didn’t exactly light up the box office, but was able to find its audience and make a fairly decent impact, pulling down a little over $82 million worldwide. Now, with 47 making its way onto Blu-Ray and DVD, we had a chance to chat with prolific producer Adrian Askarieh to talk about the movie.

Laid back and very open, Adrian was very cognizant of the difficulties of bringing a game to the big screen. There are numerous factors and problems that arise when adapting such a property, but the biggest and most difficult problem to overcome is trying to garner the favour of two completely different audiences.

“The movie going audience just likes to sit and watch. They view the movie and want to be entertained. The gamer audience, though, has a much more interactive experience with the character.” That experience gives gamers a much more personalized take on the character, says Askarieh. “They’ve played as 47. He has been their avatar in this world.”

The way a film is presented is far more different than a game and thus the way a story is told ends up being dramatically different. Whatever story changes are made to the world of Hitman for the purposes of the film, it’s a gamble because it could have been something that was very important to the gaming audience. If he were to put a number on it, “it’s about 3:1. It’s that much more difficult to keep the good graces of a gamer audience than a movie one. They just have more invested (in the characters).”

The talent that brought the film to life were also full of interesting choices and Askarieh seemed enthusiastic about them. Director Aleksander Bach is a virtual unknown, Agent 47 being his first real film credit. His route to landing such a lauded position isn’t unfamiliar but is still very interesting. “(Bach) was brought to our attention, and he had an impressive demo reel. But he also had a sizzle reel of what he thought the film should be. His vision was (in line) with what we felt the tone and style of the film should be.”

Another factor that helped solidify Bach’s position was his deep knowledge of the game series. While being very knowledgeable of what made the games works, Bach was aware that being on the big screen was a completely different ball game, though. “(Bach) was very respectful of the property but he wasn’t reverent of it either.” says Adrian, and is something that I’m sure helped in the adaptation process. 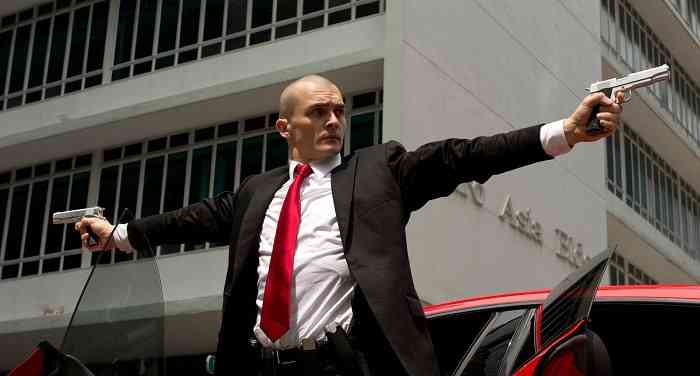 For those of you who have seen the movie, you may recall the delightful and absurd scene near the end where our two leads make their way to the roof and the wild west style shootout music kicks in while they mow more guards under in bloody fashion, one of my personal favourite scenes in the movie.

“That was all (Bach). He fought really hard to make sure that got into the film.”

As for 47 himself, Rupert Friend was probably the best part of the movie as the cold, calculated and oh so deadly agent. Friend has gained recognition for his portrayal of Quinn in Showtime’s hit show, Homeland, and it’s of no surprise that it was a big factor in casting him as the deadly Hitman.

“It had a lot to do with it. His role as Quinn is what I knew him best for. There was some other work we saw, but that had the biggest influence. He also had an outstanding audition that really showed he had what it took (for the role)”. 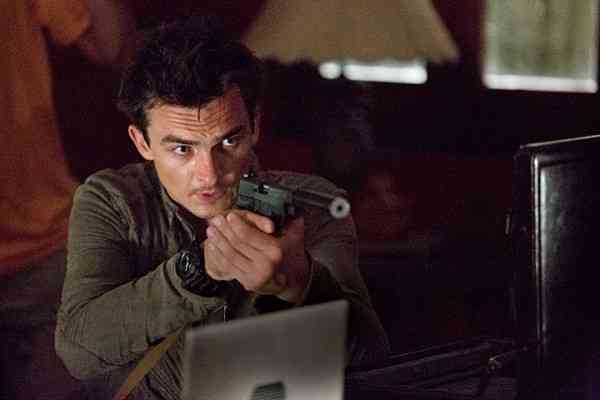 While Agent 47 wasn’t the breakout hit of the year, it still roped in a tidy sum for Fox who still have plans for the franchise. Fans of the movies will be pleased to hear that Adrian assured me that he and Fox were planning on meeting soon to discuss where the series can go next and in what capacity.

As for Adrian himself, a quick check of his IMDB page will let you know that he’s a busy man, with his fingers in a lot of ‘game to movie’ pies. What’s next on the list for him?

“Deus Ex. I think with the release of the new game and how things are … we can do something special with this one.”

I’m told that a major studio announcement for the Deus Ex film should be forthcoming in the coming weeks and to expect big things from the franchise. For now though, scratch that action movie itch with the over the top violence of Hitman: Agent 47, currently available on Blu-Ray.

Hitman 3 Freelancer Mode Pushed Back, Year 2 Roadmap Updated
Next Three Things You Need To Know About Resident Evil 0, Out This Tuesday
Previous 7 of the Weirdest, Strangest and Downright Bizarre Games Ever Made