This Simulation Game ‘Synther’ Looks Like a PS1-Style Blade Runner

With old school graphics and a description as an open-world first person “simulation”, Synther looks like it could be one of the most interesting games of the year.

Originally titled “Agent: First Person Hardcore Detective Simulator”, its developers at Neofuturism revealed the name change and detailed the game’s progress in a GameJolt update post in May. 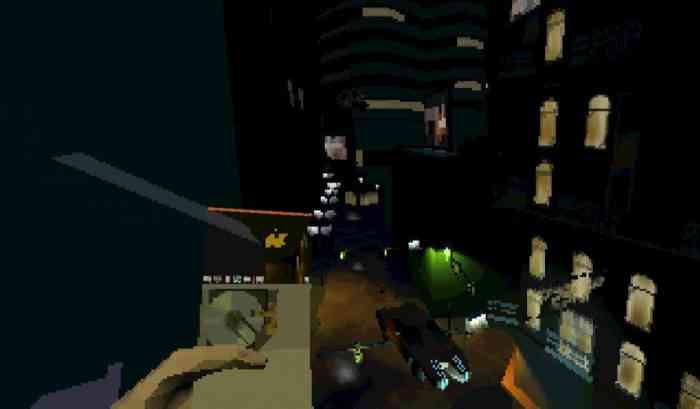 According to the post, Synther has an A.I. system which “enables the player to go through the simulation endlessly with a unique experience beings encountered every single time.”

There’s also going to be a reputation system and its possible to die permanently in the game (even while not playing) if the player’s reputation is poor, according to the game’s Steam page.

The rest of the update post on GameJolt describes a game that sounds extremely ambitious.

“Since the very beginning of the project the aim has been to create a world as open as possible and as a result Synther cannot be categorized fully as an adventure game or FPS anymore,” part of the post read. “It’s the agent that defines the genre in Synther. For some it might be a killing frenzy FPS while for others it might be an advanced detective sim or even a walking simulator.”

Synther currently has a Q4 2018 release window and will be available on the PC.